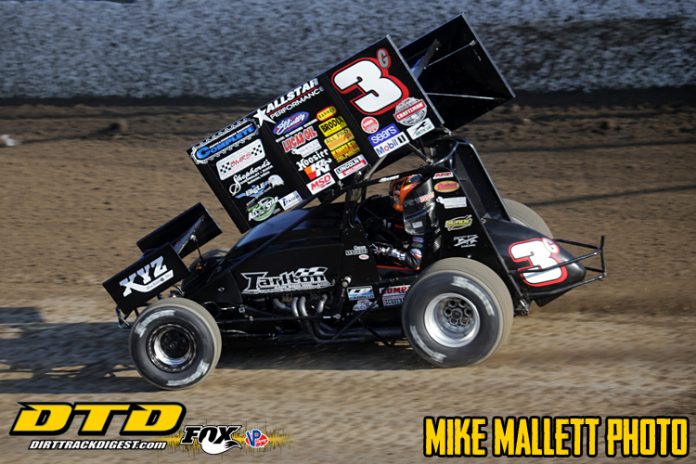 BROWNSBURG, IN – After a week away from competition to allow teams the opportunity to participate in the prestigious Kings Royal at Eldora Speedway, the 2018 Arctic Cat All Star Circuit of Champions presented by Mobil 1 schedule will resume this Friday and Saturday, July 20 & 21, with an exciting doubleheader in Western Pennsylvania; the final Western Pennsylvania visit of the 2018 season.

Dubbed the I-79 Summer Shootout, the two-day campaign throughout the western half of the Keystone State will begin at Eriez Speedway near Erie on Friday evening, July 20, followed by a visit to “Dirt’s Monster Half-Mile” at Pittsburgh’s Pennsylvania Motor Speedway (PPMS) on Saturday, July 21.

Each boasting their own level of competitiveness, in a combined 19 All Star events shared between the two facilities, 15 at PPMS and four at Eriez, only two drivers have visited victory lane twice, each occurring at “Dirt’s Monster Half-Mile.” The “Apollo Rocket” Ed Lynch, Jr. owns two wins at PPMS, as well as six-time All Star champion, Dale Blaney.

Historically a three-day swing through Western Pennsylvania, the I-79 Summer Shootout visited Eriez Speedway and Pittsburgh’s Pennsylvania Motor Speedway in 2017 and awarded two different winners, one being All Star Circuit of Champions owner, Tony Stewart, who plans to return to PPMS and defend his crown during the upcoming weekend. Stewart will also join the All Stars during action at Eriez Speedway on Friday.

Lockbourne, Ohio’s Cole Duncan earned top honors at Eriez Speedway during the All Star visit in 2017. The recent Rick Ferkel Classic champion, pocketing $10,000 for his efforts during the final night of Ohio Sprint Speedweek at Atomic Speedway, claimed the Eriez victory over Western Pennsylvania veteran, Tim Shaffer, and Sikeston, Missouri’s Hunter Schuerenberg; his second of two All Star victories during the 2017 season.


Lemoore, California’s Carson Macedo currently sits on top of the All Star driver championship standings with a 22-point cushion over six-time and defending Series champion, Chad Kemenah. Macedo and Kemenah each own two All Star victories in 2018 with Macedo earning his pair in back-to-back fashion during a visit to the Empire State.

Current Series win leader, Aaron Reutzel, is currently third in the driver championship standings padded with five victories on the season, followed by the “Wild Child” Jac Haudenschild and recent Lou Blaney Memorial champion, Dave Blaney. Haudenschild and Blaney each own one Series victory this season.

Eriez Speedway in Erie, Pa., will allow pit access beginning at 12 p.m. on Friday, July 20. The pits will be swept at 4 p.m. A mandatory All Star drivers meeting will take shape at 6 p.m., followed by hot laps at 7 p.m. Those seeking additional news and notes should visit Eriez Speedway live on the Web at www.eriez-speedway.com.

Pittsburgh’s Pennsylvania Motor Speedway (PPMS) will also allow pit access beginning at 12 p.m. A mandatory All Star drivers meeting will take shape at 6 p.m., followed by hot laps at 6:40 p.m. Those seeking additional news and notes should visit PPMS live on the Web at www.ppms.com.