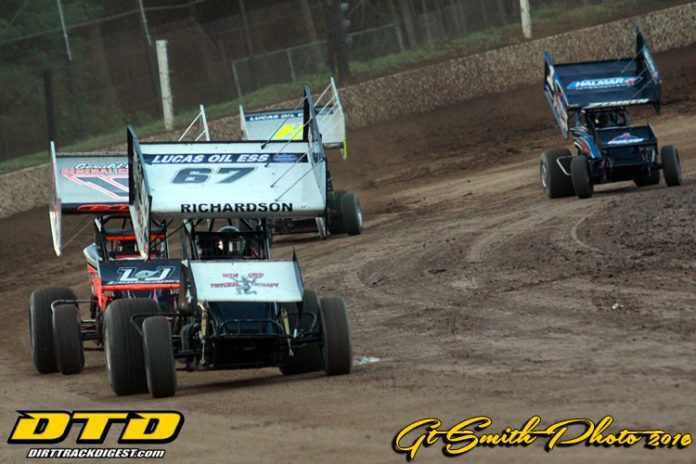 SODUS, NY – In a season that has been plagued by rain and bad weather, the A-Verdi Storage Containers Patriot Sprint Tour will get the opportunity to win one back at Outlaw Speedway on Friday August 24.

The originally scheduled event for Friday August 3rd was slated to be the annual NASCAR night at Outlaw Speedway with the Patriot Sprint Tour sharing the headline with some of the sports biggest stars. While the NASCAR stars won’t be able to make it back for the rescheduled event, a strong field of 360 sprints are expected to be on hand.

“I’m extremely thankful that Tyler and his staff were able to work with us to make up this event” stated PST director Mike Emhof. “We haven’t had the greatest luck with the weather thus far in 2018, and all of our drivers, teams and fans are ready to get back to the track.”

The rescheduled event will still pay $2,000 to the winner. It will also be a full points event towards the overall 2018 Patriot Sprint Tour championship.


As previously announced, the Patriot Sprint Tour will then head to Woodhull Raceway the following night, Saturday August 25. That night will be a make-up event for the originally scheduled July 14 show at ‘the highbanks’. Thus far in 2018, mother nature has won in three previous attempts at Woodhull with the Patriots on May 12, June 23 and July 14.