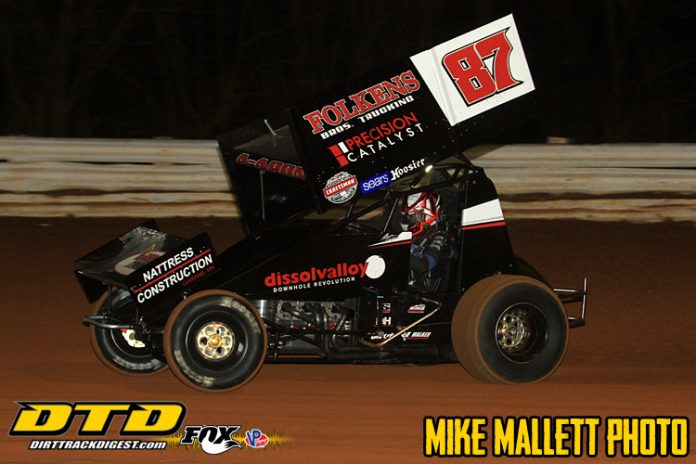 KOKOMO, IN – Unfortunately, heavily saturated grounds from the precipitation received on Saturday evening has forced Arctic Cat All Star Circuit of Champions presented by Mobil 1 and Kokomo Speedway officials to cancel the #GYATKExtravaganza/All Star season finale at ‘Indiana’s Baddest Bullring.’

Track officials were expecting the facility to dry during the overnight hours and into Sunday morning, but the amount of rain received was too much to withstand. The event will not be rescheduled.

With all events concluded, Clute, Texas’ Aaron Reutzel, a nine-time winner during All Star Circuit of Champions competition, will be crowned the 2018 All Star Driver Champion. The title is a first-ever for the Texan, ending his 2018 campaign with a lavish 30 top ten finishes in 41 feature starts, 21 of them within the top five. Reutzel’s ninth and final victory occurred on the highbanks of Eldora Speedway during 4-Crown Nationals weekend.

Aaron Reutzel’s season performance also translated into an Owner Championship for Baughman-Reutzel Motorsports. For their efforts, the team will receive a $50,000 top prize.