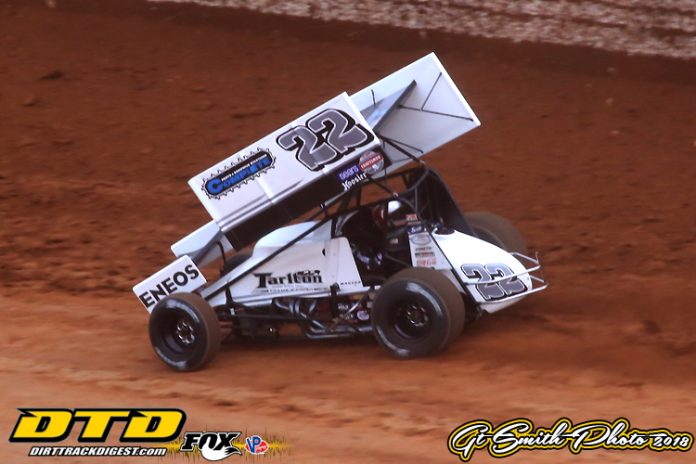 After a number of off-season driver changes, the excitement for Florida in February has never been higher to see if somebody can begin to unseat Donny Schatz as champion. Three of the top-five in the 2018 World of Outlaws Points Standings will debut with new teams at the World’s Fastest Half-Mile to open their 2019 campaign with The Greatest Show on Dirt.

Connecticut’s David Gravel, who amassed 32 Outlaw wins in three years with CJB Motorsports, will pilot the Jason Johnson Racing No. 41, in what promises to be an emotional year for car owner Bobbi, her dream team and the entire Sprint Car community.

The potent CJB No. 5 will see Oklahoma’s Shane Stewart, who spent the previous five years at Kyle Larson Racing, take over the reins of the team that returns 2017 Crew Chief of the Year Barry Jackson and has finished third in points the last three years and five times out of the last six.

In a move to allow car owner Kasey Kahne, who will begin his season at Volusia as well, to compete more, Kasey Kahne Racing will only have one full-time team on the World of Outlaws tour in 2019. That left 2013 World of Outlaws Champion – Daryn Pittman – as the odd man out, but he quickly found a new home as the legendary Roth Motorsports No. 83 will return to the Series full-time with the Owasso, OK native behind the wheel.

There will also be some new blood on the tour, as well. Kyle Larson Racing hired California’s Carson Macedo to compete for the 2019 Kevin Gobrecht Rookie of the Year award. Macedo, who debuted with KLR at World Finals, is coming off a career year, highlighted by a second-place finish in All Star Circuit of Champions points and a sixth-place finish at the Knoxville Nationals.

The new driver and team combinations isn’t exclusive to just the World of Outlaws regulars as Spencer Bayston, Brock Zearfoss, Cory Eliason and Terry McCarl will be at DIRTcar Nationals in their new rides. Bayston and Zearfoss will pilot twin Pete Grove entries, Eliason has landed the Rudeen Racing ride and McCarl has combined forces with Destiny Motorsports for 2019.

2019 will present new opportunities for some of Sprint Car racing’s biggest names and they will all look to hit the ground running in just 26 days at Volusia Speedway Park. The 2019 DIRTcar Nationals at Volusia run February 5-16 and tickets can be purchased here.