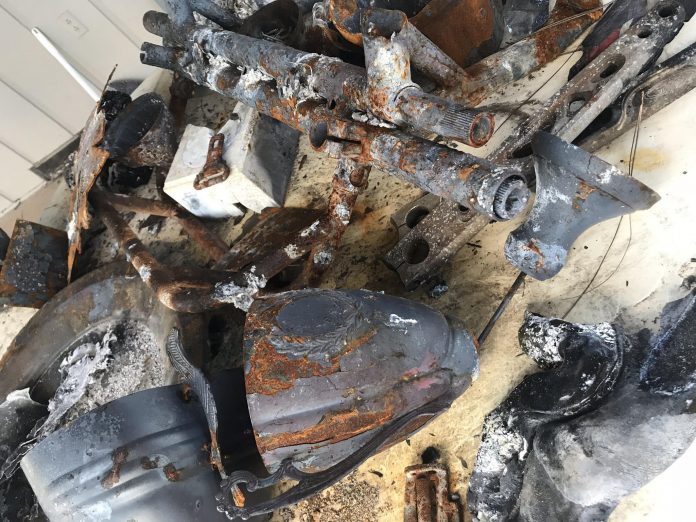 CHICO, CA – Racing is not the only focus of the World of Outlaws NOS Energy Drink Sprint Car Series this weekend.

The Series’ California Fire Relief Tour kicks off Friday at Silver Dollar Speedway in Chico, Calif., and Saturday at Stockton Dirt Track in Stockton, Calif., in an effort to assist the thousands of Northern and Southern California residents still healing from last year’s devastating wildfires.

Many effected by the fire thought they’d return to a normal life, having lived through fires before.

Kyle Hirst, who won his first World of Outlaws NOS Energy Drink Sprint Car Series race at Silver Dollar Speedway in 2017, heard what he thought was rain, not thinking the wildfire was near his Paradise, Calif., home. It wasn’t rain. It was ash. He and his wife packed up what they needed and left with their daughter.


When they eventually returned, among the ashes of what were once homes, they were fortunate to be one of the lucky ones to return to a home. However, Hirst’s shop behind the house was not as fortunate. Race suits, helmets, stacks of trophies, including from his win at Silver Dollar Speedway, and more gone. Now just a few pieces of burnt scrap metal.

He said fortunately for him, he races for Roth Motorsports, so he didn’t have cars or too many tools in the shop when the fire came through. Just stacks of he and his dad’s trophies. Years of memories he said he can no longer share with his kid.

But he still has a home to return to. Just not for a while, though, due to contaminated water in the area. For now, Hirst said he is able to rent a home from a friend. He plans to return, but knows it’ll take months and years before the rubble of burned homes around his are cleaned up.

“I’ll be outside playing with my daughter and this is what she’ll see,” Hirst said, pointing out the charred debris across the street from him.

The majority of the damage throughout Paradise, Calif., happened in the first 12 hours of the fire, according to firemen at the Chico Fire Department, who bravely battled the fire. They were donated tickets to Friday’s race at Silver Dollar Speedway, and more tickets throughout the Tour will be donated to local firemen.

Fans unable to attend the races in California that would like to participate can purchase the Outlaws California Fire Relief Tour shirt online at store.worldofoutlaws.com and are able to purchase additional tickets to donate to local firemen at WorldofOutlaws.com/tix.