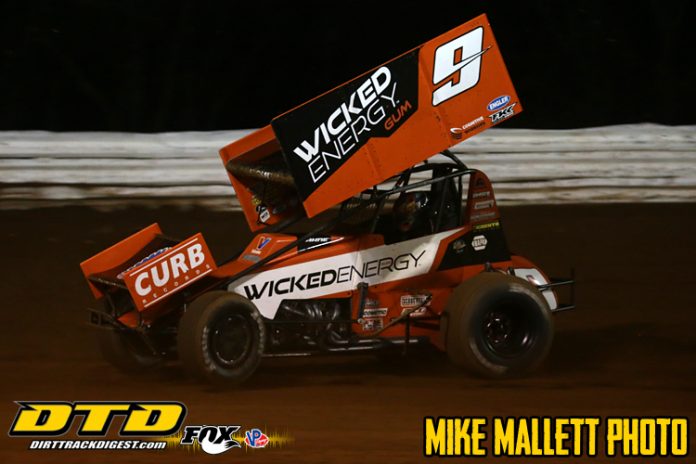 BEAVER DAM, WI — Tickets are now on sale for the 10th Annual Jim “JB” Boyd Memorial presented by Karavan Trailers, featuring the World of Outlaws NOS Energy Drink Sprint Car Series at Beaver Dam Raceway in Wisconsin on Saturday, June 22 and can be purchased online at slspromotions.ticketforce.com or by calling SLS Promotions at 815-344-2023.

Kasey Kahne, who retired from NASCAR after last season, is scheduled to compete aboard the No. 9 machine that he owns, along with the No. 49 of Brad Sweet.


In each of the last eight editions of the race, a different driver has visited victory lane, including 10-time series champion Donny Schatz. Sweet and Kraig Kinser are also past winners of the Jim “JB” Boyd Memorial, who are competing full-time with the Outlaws this season.

Battling Schatz, Pittman, Sweet, Stewart and Kinser in 2019 is a talented group of full-time competitors, including David Gravel, who is a past winner in the state of Wisconsin as well as fellow veteran Jason Sides, Greg Wilson and Ian Madsen.

Young drivers Logan Schuchart, Jacob Allen, Sheldon Haudenschild, Brent Marks and are all back on the road full-time in 2018. Carson Macedo is the leading contender for the Kevin Gobrecht Rookie of the Year Award this season.

Tickets for the 10th Annual Jim “JB” Boyd Memorial presented by Karavan Trailers, featuring the World of Outlaws NOS Energy Drink Sprint Car Series at Beaver Dam Raceway on Saturday, June 22 can be purchased online at slspromotions.ticketforce.com or by phone at 815-344-2023. Also in action will be Legends and Mini Sprints.