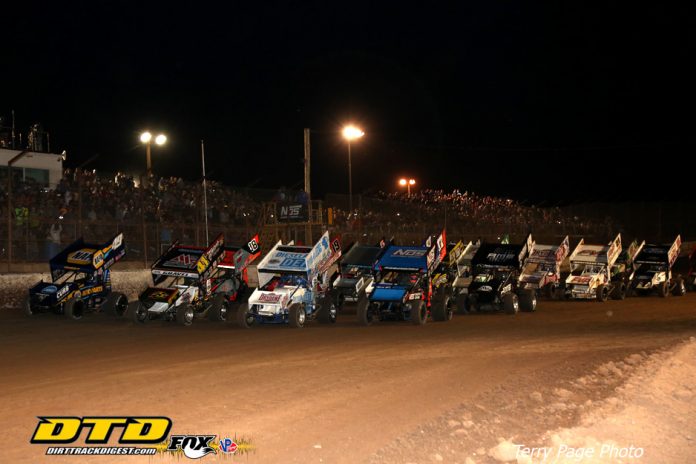 NASHVILLE, TN – Music City is about to get a little dirty. The World of Outlaws NOS Energy Drink Sprint Cars are set to invade Nashville Fairgrounds Speedway on May 31-June 1 for the Music City Outlaw Nationals.

New fence is already going up around the fairground’s quarter-mile oval, next up will be covering the historic pavement with dirt on May 14, all setting the stage for the biggest dirt track racing event Nashville has ever seen.

“We have a dedicated crew already on-site making improvements to the fairgrounds speedway before we bring in the dirt in a couple of weeks,” said World of Outlaws COO Tom Deery. “Once the dirt goes down, we’ll run the Fairgrounds DIRTcar Clash on Saturday, May 25, then the Music City Outlaw Nationals for the World of Outlaws. It will no doubt be the biggest dirt track event in Nashville history!”

Drivers like 10-time World of Outlaws champion Donny Schatz and Kasey Kahne Racing’s Brad Sweet, who won the Knoxville Nationals last year, lead a field of the top Sprint Car racers in the world in a quest to capture the $25,000 top prize.

Plus, daily concerts, media displays and plenty of fan interaction will start the atmosphere buzzing long before an engine even fires. The World of Outlaws will be joined by the hugely popular DIRTcar UMP Modifieds, making this event even more unique.

Nashville Fairgrounds Speedway has never seen an event like this in its storied history, but it’s time to get a little dirty in Music City. Don’t miss out, tickets are going fast at WorldofOutlaws.com or by calling 844-DIRT-TIX. 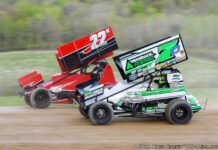