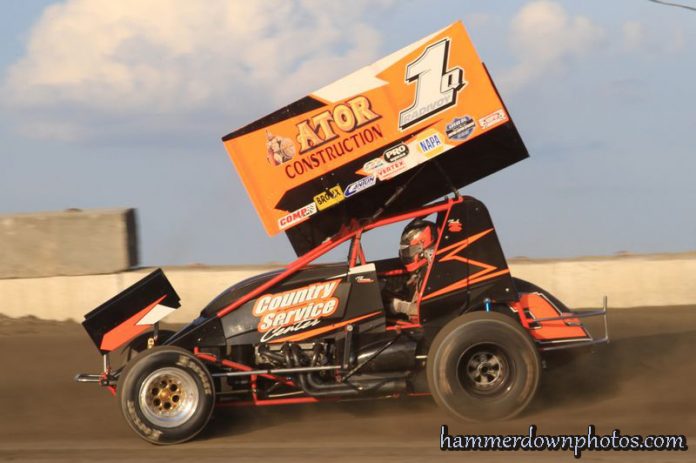 SODUS, NY – The SuperGen Products with Champion Power Equipment CRSA Sprint Car Series returns to action in just under three weeks-time at the Afton Motorsports Park. The event will be the fourth of the fourteen race schedule.

Like in seasons past, the 2019 CRSA Sprint Car Schedule is also broken up into mini-series’ complete with post season awards on top of the overall CRSA points race. In 2019 there are two mini-series –the CRSA/Land of Legends Raceway Five Star Series presented by SuperGen Products/Champion Power Equipment and the Northway 90 Challenge.

The Northway 90 Challenge is presented by Kennedy’s Towing of Troy and is made up of five events in the Capital District and Southern Tier of New York State. The series opened on Sunday June 2nd at the Glen Ridge Motorsports Park in Fultonville. Picking up the win and in the process taking the early points lead was Edinburg’s Cory Sparks.

Going forward the mini-series will visit the 105 year old Fonda Speedway on Saturday July 27th and then the fast quarter mile of Glen Ridge a day later. The mini-series picks back up on Friday August 9th at the Great Race Place, the Albany-Saratoga Speedway before heading back to Fonda for a $1,000 to win event on Saturday September 14th. The mini-series and the 2019 overall season conclude at the Afton Motorsports Park on Friday October 11th.

Both of the Fonda events and the Afton season and series finale pay $1,000 to win.

The 2019 SuperGen Products with Champion Power Equipment CRSA Sprint Car Series is back in action at the Afton Motorsports Park on Friday July 12th.