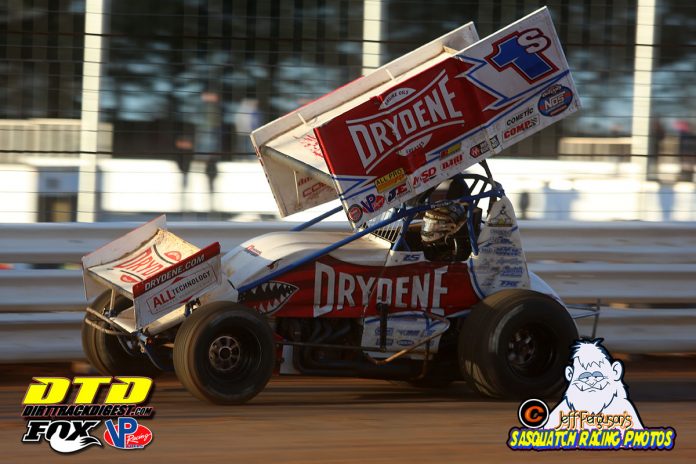 PERRIS, CA – This Spring from March 28 to April 18 the World of Outlaws NOS Energy Drink Sprint Car Series will bring its 900hp thrill ride to six cities across California.

The first stop of the Spring California Swing on Saturday, March 28, at Perris Auto Speedway for the SoCal Showdown will be the Series’ 20th visit to the half-mile track.

Then on Sunday, March 29, the World of Outlaws will return to Santa Maria Raceway for the first time in 21 years. All drivers on the tour will be competing for their first win at the 1/3-mile raceway.

Carson Macedo, the 2019 World of Outlaws Kevin Gobrecht Rookie of the Year, will then be on the hunt for a home win during the Thunderbowl Raceway doubleheader on Friday, April 3, and Saturday, April 4. The Kyle Larson Racing driver’s hometown of Lemoore is only 30 minutes from the 1/3-mile track. He earned an impressive four wins in his rookie campaign and will be poised to grow his resume this year.


Merced Speedway will be another new stop for the World of Outlaws this year on Friday, April 10. It will be the Series’ fifth appearance at the track. David Gravel, who returns for his second year with Jason Johnson Racing, won the last race at the quarter-mile track in 2014.

The next night, on Saturday, April 11, the World of Outlaws will return to Ocean Speedway for the Ocean Outlaw Showdown. It will be the Series’ first visit to the track since 2016. Reigning Series champion Brad Sweet, of Grass Valley, CA, holds the crown as the last World of Outlaws winner at the quarter-mile track. He’s already off to a strong start with his Kasey Kahne Racing team this season, winning the second race of the year in Florida.

For the conclusion of the Spring California Swing, the Series on Friday, April 17, and Saturday, April 18, will run the FVP Platinum Battery Showdown doubleheader at the Stockton Dirt Track. Logan Schuchart swept both races at the 3/8-mile track last year. He’s already off to a career best start in 2020 with a win at the DIRTcar Nationals.

Fellow elite drivers, such as 10-time Series champion Donny Schatz and 2013 Series champion Daryn Pittman – who drives for California-based team Roth Motorsports – will also aim for good runs during the swing as they try to position themselves for another championship run.

With big prize money on the line each night, race fans are sure to see high-octane action from the winged warriors of the World of Outlaws.

You can get tickets for the events at WorldofOutlaws.com/tix.

If you can’t make it to the races, you can watch all of the action LIVE on DIRTVision.com.