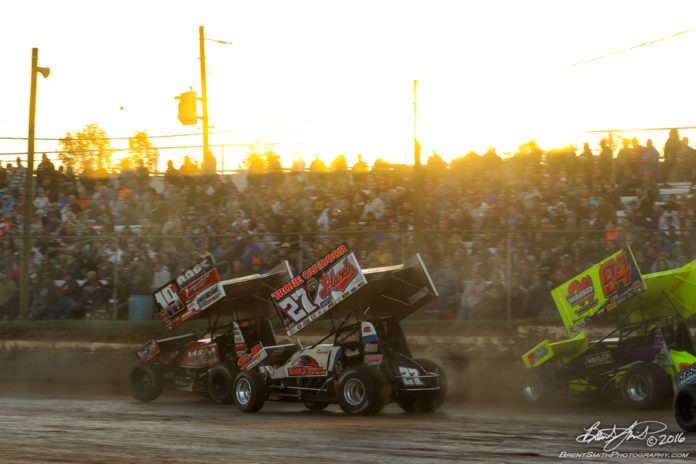 YORK HAVEN, PA – BAPS Auto Paints and Supplies, of York PA will once again return as the major sponsor of the 410 Sprint Series at Susquehanna Speedway this season.

After a successful BAPS 410 Sprint Series in 2016, BAPS and Susquehanna Speedway have announced a special bonus in place to reward three 410 sprint car drivers at the end of the season.
The criteria for drivers to be eligible for a $1,000 cash bonus is that the driver must participate in all seven BAPS 410 Sprint Series shows in 2017. All drivers eligible will be placed in a random draw where three names will be pulled for a $1,000 cash bonus each.

“We are glad to have BAPS Auto Paints and Supplies return as the title sponsor for the 410 Sprint Series at Susquehanna Speedway in 2017,” track general manager Kolten Gouse stated. “The whole BAPS family have supported racing for so many years and we are glad to be a part of their brand. We wanted to offer and reward the teams that support all of our races some type of bonus incentive this year and we are excited to be able to do that.”

For 2017, seven 410 Sprint car events are set one per month through the season beginning with a Sunday, April 9 event. The Kevin Gobrecht Classic will be presented on Sunday, May 7. The BAPS series returns for its first of two Thursday night events on Thursday, June 8. The 410 sprints will add to the summer heat with a Sunday, July 16 program and then again on Sunday, August 20 when the All Star Circuit of Champions invade for the Justin Snyder Salute to the Troops race. September will feature the second Thursday night program on Thursday, September 21 with the final event of the season presented on Saturday, October 28 with the Sprint Showdown.


Fans can keep up with the latest news and announcements for Susquehanna Speedway by visiting www.susquehannaspeedway.net, as well as on Facebook and Twitter.