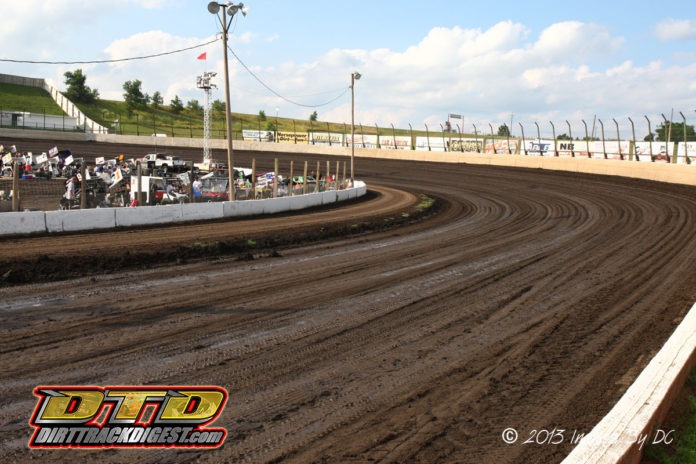 BRANDON, SD – As Badlands Motor Speedway continues the search for a new ownership group, the Speedway is confirming six KEY dates in 2017 that will happen regardless of who owns the legendary race track.

Tickets for these events will all go on sale Saturday, March 4 at 10am with several ticketing options.

The condensed, high-energy schedule opens with the Folkens Brothers $100,000 Silver Shootout on Saturday, May 13. Last year’s Silver Shootout, won by North Dakota’s Mark Dobmeier, opened the Badlands Motor Speedway era and it set records. At the time, it was the highest-paying automobile race in the history of South Dakota, and it also featured 47 410 Sprint Cars, again, the most assembled in the history of the state.

The Folkens Brothers $100,000 Silver Shootout will again be paid out in 10-ounce Silver Bars with the winner of the 410-Sprint Car feature to receive 75 bars, ($15,000 value at time of production). To start the A-Main, three bars will be distributed; a value of $600. The Silver Shootout will also feature the IMCA RaceSaver Sprint Cars and the Late Model Street Stocks.

The World of Outlaws will also make their annual return to BMS for a two-day show on July 1-2. Last season the WoO raced a two-day program with Brad Sweet and Donny Schatz picking up victories. Other Sprint Car stars such as Jason Johnson, Paul McMahan, Daryn Pittman, Joey Saldana and Shane Stewart will be competing at BMS. The WoO event will also feature back-to-back nights of the most massive fireworks show in the region to celebrate the Fourth of July. The popular Midwest Late Models will be the support class for both nights of racing with the WoO.

Finally, because of the great heritage the Speedway has had since its birth in 1954, BMS will be hosting a Huset’s Speedway Flashback Night on Sunday, Sept. 3 with a total purse of $50,000. The Flashback night will feature 410-Sprint Cars, 360-Sprint Cars and the Late Model Street Stocks, just as it was for many years at Huset’s. The night will also feature the Huset’s Speedway Hall of Fame and the 2017 Class will be inducted at intermission.

All payouts and details have been posted to BadlandsMotorSpeedway.com.

It is still our goal and complete intention to find a great new ownership group for the facility and have a full season of racing in 2017 at Badlands Motor Speedway. In the meantime we felt it crucial to hang on to some of our key dates so they are not rescheduled elsewhere while our search continues.