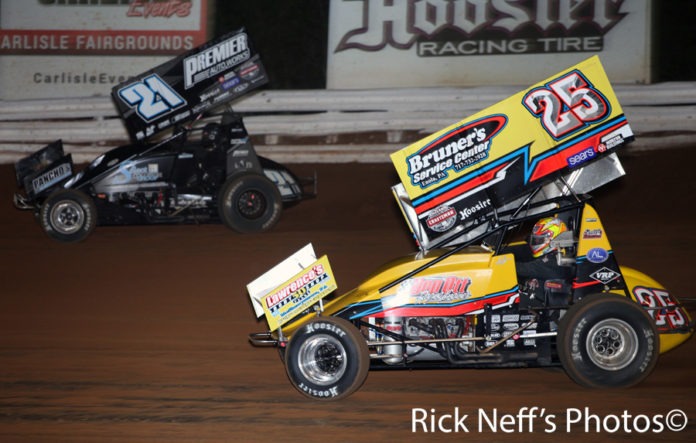 MECHANICSBURG, PA – With Opening Day 2017 now just two weeks away slated for March 12 at 2 pm, Williams Grove Speedway is also looking ahead to back-to-back late model races on March 17 and 24.

The Lawrence Chevrolet 410 sprint cars will be the ONLY division racing in the Sunday afternoon, March 12 opener while the super late models are slated for practice laps only.

March racing in the new season then continues with shows slated for March 17, 24 and 31, all getting underway at 7:30 pm.

March 17 and 24 will showcase the 410 sprints and the super late models.

It has been announced that both features for the super late models will pay $2,000 to win.

March 31 will offer the 410 sprints and the first show of the season for the HJ Towing & Recovery 358 sprints.

A total of 33 race dates for the Lawrence Chevrolet 410 sprint cars fill the 2017 Williams Grove Speedway schedule of events while the 358 sprints compete in a total of 14 races.

April will offer the first big event of the season at Williams Grove for the 410 sprints when the All Star Circuit of Champions Sprints come to town to vie in the annual Tommy Hinnershitz Classic on April 28.