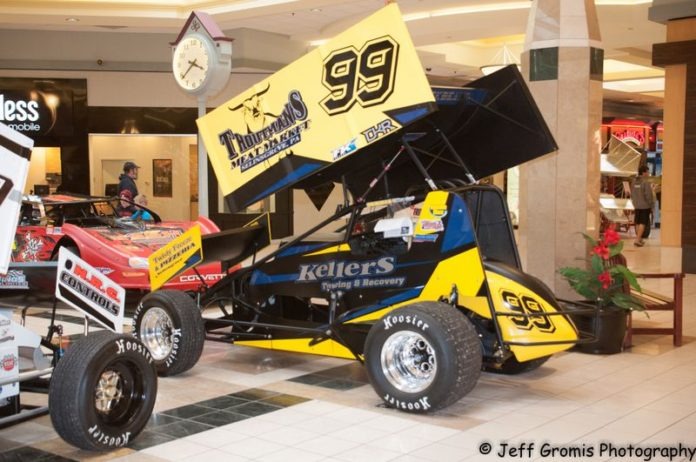 More than 30 full-size race cars, including sprint cars, late models, pro stocks, and roadrunners, are tentatively scheduled to appear in this year’s show along with go karts and micro sprint cars. The track will hold its annual season kick-off ceremony in the mall’s center court at 7:30 p.m. Friday.

Among the entries for the show is a new 360 sprint car team set to make its debut at Selinsgrove Speedway this season with a familiar name behind the wheel. The speedway’s former three-time 358 sprint car champion Chad Layton of Harrisburg will be returning to the Snyder County half-mile oval in a 360 sprint car owned by Kirk Ritter of Middleburg.

For Ritter, fielding his own sprint car team has been a life-long dream. Making the venture even more exciting is the opportunity to reunite with Layton. Ritter turned the wrenches on the Middleswarth Potato Chips 410 sprint car that was piloted by Layton for several seasons in central Pennsylvania.


“I had been talking for three years about putting together a team that I could organize and work out of my own shop near my family,” said Ritter. “During the off-season I made a few phone calls and confirmed I would have some partners with similar interests in forming a new team. I then called Chad Layton and asked him if he was ready to go racing again.”

Layton’s last full season of competition was in 2014 when he was driving the Middleswarth Potato Chips sprint car.

“The team’s goal is to show up every week fully prepared and with equipment capable of winning that night,” said Ritter. “My goal as a car owner is to build this team to attract sponsors who share our passion and want to grow the team’s competitiveness with an understanding of family.”

Layton eventually moved into 410 sprint car racing where he continued to enjoy much success. In his 410 sprint car racing career he won 33 races, including World of Outlaws, All Star, and National Sprint Tour events. He scored 410 titles at Port Royal Speedway in 2010 and 2012 and won Selinsgrove Speedway’s 410 National Open in 2006.