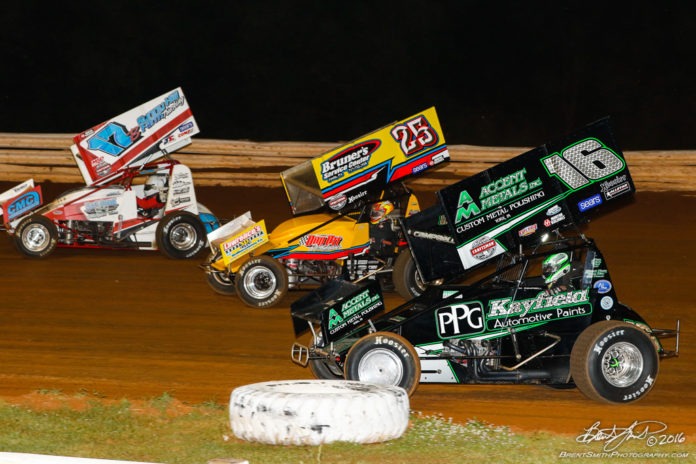 MECHANICSBURG, PA – Williams Grove Speedway will try for a third time to get the 2017 racing seaon off of the ground when it hosts the season opener this Friday night, March 24 at 7:30 pm, featuring the Lawrence Chevrolet 410 sprint cars and the super late models.

The rescheduled season opener will feature the Lawrence Chevrolet 410 sprints in a 25-lap feature paying $3,800 to win.

The super late models will race for a $2,000 to win payday while the winner also earns a guaranteed starting spot in the upcoming June Late Model Speedweek event at Williams Grove Speedway.

A banner field of late models should be expected considering the event will be the first of the year in the region for the full-body stock cars.

Adult general admission for the prestigious season opener is set at just $16 with youth ages 13 – 20 admitted for just $10. Ages 12 and under are always admitted for FREE at Williams Grove Speedway.


The Williams Grove portion of opening day 50/50 ticket sales will be donated to the Wounded Warrior Project.

The sprint car drivers will be competing to win the Williams Grove opening day Hard Charger Award, presented by PAPosseRacing.com.

The hard charger of the race will earn $300 for his efforts.

Last season it was Rick Lafferty of Pennington, NJ., scoring the opening day sprint car feature at Williams Grove Speedway on a Friday night after being pressured for the lead by Freddie Rahmer and having been passed for the win by Greg Hodnett.

Since 1939 when Tommy Hinnershitz won the inaugural race at the famed facility, so many highly recognized names and even some not so much have scored the prestigious first Williams Grove race of the year.

Well-knowns or on their way up the ladder at the time of their victories were the likes of Jan Opperman, AJ Foyt, Ted Horn and Hinnershitz.

Kasey Kahne, destined for bigger and better things in todays NASCAR arena, took the opener back in 2000.

But perhaps lesser-known at the time or even unique names like Kevin Collins, Brian Paulus, Marlett Naill and Gig Stephens have also taken that famous first checkered flag of the year at Williams Grove.

Williams Grove Speedway will close out the month of March on Friday, March 31 with the first Yellow Breeches 500 event for the 410 sprints and the first event of the season for the HJ Towing and Recovery 358 sprints.