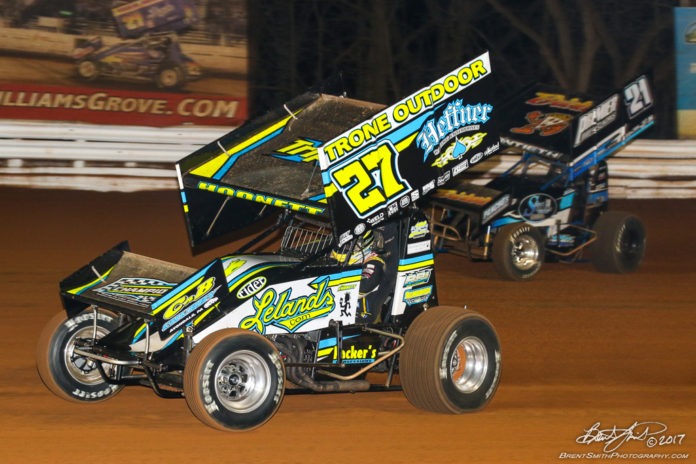 MECHANICSBURG, PA – Williams Grove Speedway returns to action on Friday night, March 31 at 7:30 pm with its second racing program of the early season featuring the Lawrence Chevrolet 410 sprint cars and the season debut of the HJ Towing and Recovery 358 sprint cars.

Adult general admission for the show is $15 with youth ages 13 – 20 admitted for $10. Ages 12 and under are always admitted for free at Williams Grove Speedway.

The Williams Grove portion of the 50/50 ticket sales on March 31 will go to the Wounded Warrior Project.

The March 31 program for the 410 sprint cars will be the first Yellow Breeches 500 Series race of the season for the headline division at the track.

The 358 sprint cars will race in their season opening events including a 20-lap main.

Defending Williams Grove track champion Greg Hodnett picked up the season opener for the 410 sprints at the track on March 24.

Williams Grove Speedway returns to action on April 7 with Blazer’s Body Shop Night featuring the 410 sprints and a rare appearance by the Super Sportsman division.

The Yellow Breeches Series returns to the track on April 14.