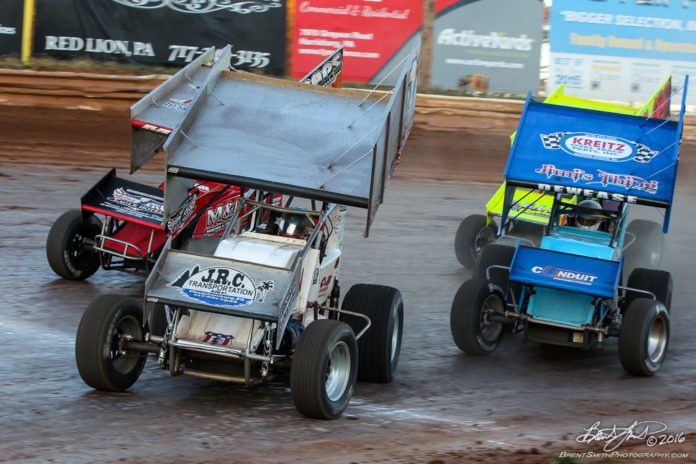 YORK HAVEN, PA – Calling all 410 Sprint car teams. Show your support to the seven BAPS Auto Paints and Supplies 410 Sprint Series at Susquehanna Speedway this season and be entered for a chance to win money.

For the second straight season, BAPS Auto Paints and Supplies, of York PA will be the major sponsor for the 410 Sprint Series at the York Haven track.

BAPS, along with track General Manager Kolten Gouse have come up with a little extra incentive for all of those 410 Sprint car teams that compete in all seven scheduled shows this season.

“We wanted to come up with a non traditional points fund where we can offer something to reward the guys that support us at every race,’ Gouse stated about the unique promotion. “We are glad to have the relationship we have with BAPS Auto Paints and Supplies and look forward to another successful season for the 410 Sprint Series.”

For 2017, seven 410 Sprint car events are set one per month through the season beginning with a Sunday, April 9 event. The Kevin Gobrecht Classic will be presented on Sunday, May 7. The BAPS series returns for its first of two Thursday night events on Thursday, June 8. The 410 sprints will add to the summer heat with a Sunday, July 16 program and then again on Sunday, August 20 when the All Star Circuit of Champions invade for the Justin Snyder Salute to the Troops race. September will feature the second Thursday night program on Thursday, September 21 with the final event of the season presented on Saturday, October 28 with the Sprint Showdown.

Fans can keep up with the latest news, results and announcements for Susquehanna Speedway by visiting www.susquehannaspeedway.net, as well as on Facebook and Twitter.