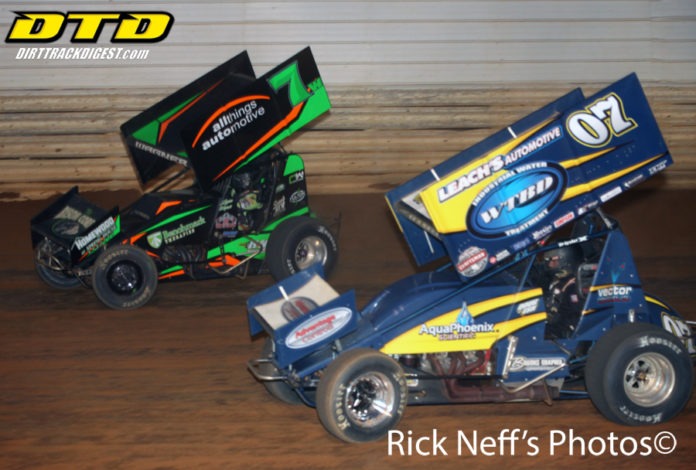 Co-hosts Steve Post and Ashley Stremme will be on location at “The Speed Palace” in Central Pennsylvania broadcasting two shows on stage behind the grandstands from 5-6pm ET prior to each night’s races.

Winged Nation will not only be seen by the live racing audience, but can also be heard anywhere around the world on MRN.com and the free MRN App.

“Memorial Day weekend has the Indianapolis 500 and the Coca Cola 600”, said Post.

“But if you’re a dirt track or sprint car fan, the Bob Weikert Memorial is the event you want to attend. Ashley and I can’t wait to bring Winged Nation to Port Royal Speedway. There is nothing like doing the show in front of passionate race fans.”


For co-host Ashley Stremme the trip means heading back to place she calls home.

The current Mrs. United States is from Mifflintown, PA, just a couple miles away from the historic Juniata County Fairgrounds, home to Port Royal Speedway. She grew up watching her Dad race sprint cars around the famous half-mile dirt track

“I am so happy to be heading home and bringing Winged Nation to the great Port Royal fans”, said Stremme.

“The Bob Weikert Memorial is one of the premiere sprint car races in the world and to be a part of it is going to be so much fun.”

Winged Nation, now in its sixth season, is streamed live each Tuesday from 12 to 12:30 p.m. (EDT) exclusively at www.MRN.com. It also can be seen Saturdays at 9:30 a.m. (EDT) on MAVTV Motorsports Network.

The show was voted 2017 Media Member of the Year award by the National Sprint Car Hall of Fame, an honor they have won for five straight years.