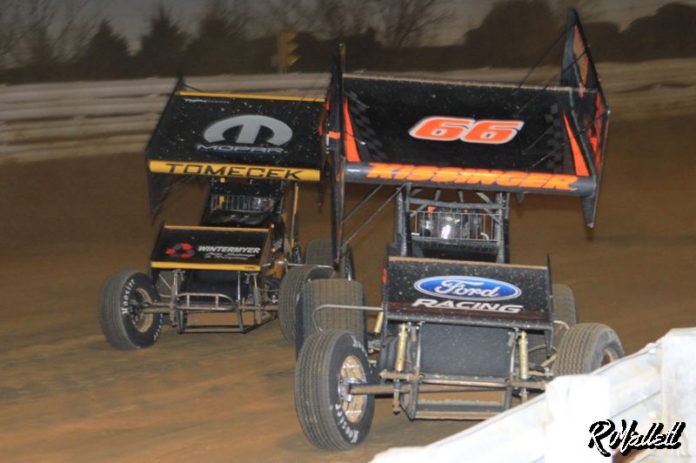 SELINSGROVE, PA – Selinsgrove Speedway will present the 37th running of the Jack Gunn Memorial for sprint cars at 7 p.m. this Saturday, April 22, sanctioned by the United Racing Club.
Joining the 358-360 sprint cars on the racing card will be the super late models and pro stocks. Track gates will open at 5 p.m.

For the 12th consecutive year, the Gunn Memorial will feature a 30-lap race between the traveling URC 360 sprint cars and the track’s weekly 358-360 sprint cars. The race will pay $2,500 to win and $300 to start. Time trials, heats, and a B-Main will be the format for setting the 24-car starting field for the Gunn Memorial.

The tribute race is run each year to honor the memory of the late race track promoter Jack Gunn, who operated Selinsgrove, Williams Grove, Penn National, and Hagerstown Speedways during his career and brought mid-state dirt track racing to national prominence in the 1970’s. Gunn was inducted posthumously into the National Sprint Car Hall of Fame (Knoxville, Iowa) in 1990.

Some of the biggest names in sprint car racing have won the prestigious Jack Gunn Memorial at Selinsgrove Speedway. Lynn Paxton of Dillsburg; Steve Kinser of Bloomington, Ind.; Doug Wolfgang of Sioux Falls, S.D., are a few of the drivers who have won the race as a 410 sprint car event. In the track’s modern era, TJ Stutts of Liverpool, Chad Layton of Harrisburg, Blane Heimbach of Selinsgrove, and Dave Calaman of Carlisle took wins as a 358 sprint car race.


While Heimbach and Todd Shaffer of Millerstown are the only two drivers who have won the Gunn Memorial four times at Selinsgrove, Smith will attempt to become the first to win the race three years in a row.

The Middleburg IGA is sponsoring the Gunn Memorial championship trophy.