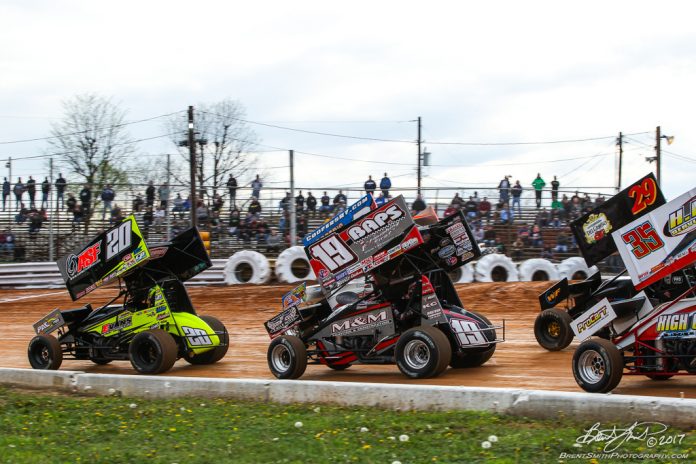 PORT ROYAL, PA – The first of several events at Port Royal Speedway to be broadcast live on speedshifttv.com is coming up this Saturday night, April 29 when speedshifttv.com streams the second running of the Keith Kauffman Classic, sanctioned by Tony Stewart’s Arctic Cat All Star Circuit of Champions Sprint Cars.

Racing action is slated to begin at 6 pm.

The live broadcast will begin with warm-ups for the sprint cars, at approximately 5:30 pm.

The broadcast will air the entire night of racing so that means late model fans who cant attend will also get the chance to watch the first race of the 2017 Rt. 35 Moon Shine Camo Dirt Late Model Challenge Series, held between both Port Royal and Selinsgrove Speedways.


The single day Port Royal pass purchases will become available on the day of the event.

To order the broadcast, go to www.speedshifttv.com/Order.

Other Port Royal events to be aired in 2017 include the Bob Weikert Memorial weekend shows on May 27 and 28; USAC on June 17; PA Speedweek on July 6 and 8; and the All Stars Tuscarora 50 races on September 8 and 9.

A raindate has been announced for the upcoming May 28 Bob Weikert Memorial finale at Port Royal Speedway.

The entire Packer’s Concessions Weikert Memorial spans both Saturday and Sunday, May 27 and 28 with a race on each night but only the May 28 finale, paying $10,000 to win, will carry a raindate.

The raindate is slated for the following evening, Monday, May 29 at 6 pm.

Stay up to date with all Port Royal news and information by visiting the oval’s official website at www.portroyalspeedway.com or by following the track on Facebook or Twitter