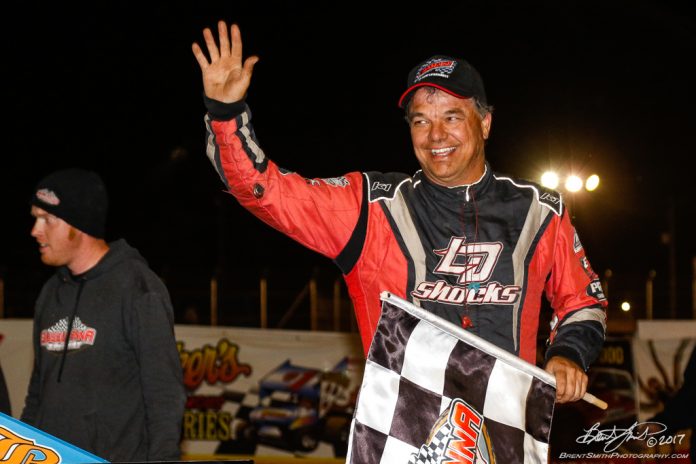 YORK HAVEN, PA – Anytime Lance Dewease and the Don Kreitz Racing team hit the race track, odds are high that they will be standing in victory lane at the end of the night.

Dewease’s win came in the second of seven BAPS Auto Paints and Supplies 410 Sprint Series events at the York Haven oval and was worth $5,760 to the Fayetteville veteran.

Dewease’s winnings included a $4,800 base pay for the 30-lap event plus $480 from Emory Transmissions for setting fast time and another $480 for the ServiceMaster “Clean Sweep” for quick time, winning his heat and winning the feature.


Dewease lined up fifth on the starting grid as polesitter and dash winner Greg Hodnett set the early pace through the first four laps before a caution for Bradley Howard closed the field.

Brian Montieth drove around Hodnett on the restart and immediately pulled away, opening up a four-second advantage when disaster struck with 15 laps complete when Trey Starks spun as Montieth was coming up to lap him and had no where to go and hit Starks to bring out the red flag.

This put Dewease on the point and he would never look back in scoring his fourth win in five starts this season and first win at Susquehanna in 2017.

Dewease’s lap of 15.241 seconds paced the 27-car BAPS 410 Sprint field while heat races were won by Dewease, Starks and Moody. Freddie Rahmer was the consolation winner.

Doug Hammaker took his second straight win in the 25-lap 358 Sprint car feature, which was the Grantville drivers third overall win in 2017.

Brent Shearer led the first three circuits before giving way to Hammaker who then the on during the marathon feature, that saw seven cautions and one red flag slow the pace.

Kevin Nouse, Jared Esh and Givler were heat race winners for the 28 car field as Jeff Halligan won the consolation.

Next up for the BAPS Auto Paints and Supplies 410 Sprint Series will be a special Thursday night program on Thursday, June 8 as the 410 Sprints will be joined by the PASS/IMCA 305 Sprints on Sprintcarunlimited.com Night. Racing will begin at 7 PM. 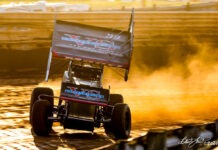 Anthony Macri Wins Back To Back National Opens At Selinsgrove