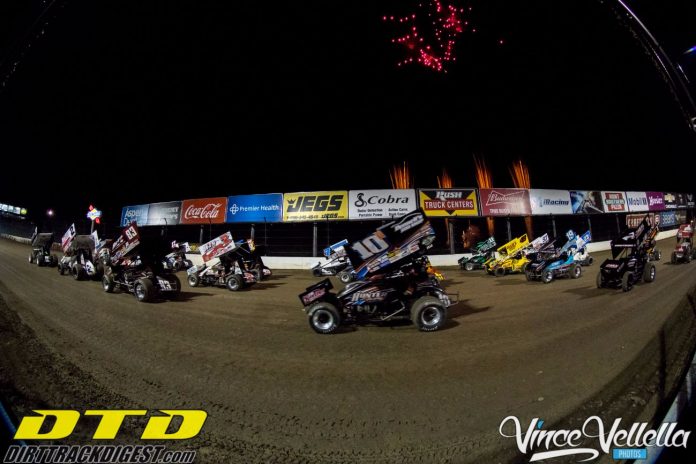 Both divisions will have a complete program each night highlighted by a 30-lap main event on both Friday and Saturday.

The two series have long histories at the storied high-banked, half-mile clay oval. This weekend’s events will be the 162nd and 163rd World of Outlaw events at Eldora, while the USAC sprint cars have been competing at Eldora since 1960 and will be competing in their 194th and 195th feature events.

Only four drivers have scored both World of Outlaw and USAC Sprint Car wins at Eldora. Steve Kinser (35 WoO wins, two USAC wins), Jac Haudenschild (six WoO, five USAC), Danny Smith (one in each) and Brad Sweet (one in each) are the only drivers to have beaten the best of the best in the two sprint car disciplines. Haudenschild and Sweet will be in action this weekend but both are only expected to compete with the World of Outlaw Craftsman Sprint Car Series.

“At Eldora, when the track widens out and it’s against the wall, there’s other lines and slide jobs, there’s nothing better to watch,” Madsen said. “It was the first track that really got me hooked on Sprint Car racing. It’s pretty awe-inspiring and it definitely gets your blood flowing as you roll in. Then you get in there and you look at the banking and the size of it and it gets your attention. It never disappoints.”

World of Outlaw Craftsman Sprint Car Series veteran Joey Saldana is third on the all-time Eldora-WoO win list with 12 career wins, while Shane Stewart has won at least one Eldora feature in the last three years and has four career WoO wins at Eldora.

“The tricky part about Eldora is you always have to tell yourself to turn right, which sounds crazy,” Stewart said. “Just the way that the cars work with the wings and the stagger, your car wants to go to the left. You have to tell yourself to continue to turn right and stay as close to that fence as you can. That’s the hard part and scary part at times. The guys that go there for the first two or three times, it takes some nerves to get up there and get up against the fence. Once you’ve experienced it and know you can race up there and not wreck, that’s the hurdle that people have to overcome.”

“The history is pretty deep there,” Stewart continued. “The roots run deep in the Sprint Car world. When you roll through the gate, that’s one of the races and one of the tracks that you want to run well at.”

Bobby Allen won the first World of Outlaw event at Eldora in April of 1978. While “Scruffy” no longer competes as a driver he will be at Eldora this weekend as a car owner of the two-car team featuring his son Jacob Allen and grandson Logan Schuchart.

The early part of the USAC season has been dominated by the trio of Justin Grant, Chris Windom and Chad Boespflug and that same trio has had a lot of success at Eldora the past few seasons.

Grant, who has two wins in 2017 and enters as the USAC National Sprint Car points’ leader, won the most recent USAC event at Eldora, capturing last September’s Four Crown Nationals feature event. Grant scored his first Eldora win in 2015 during the inaugural #LetsRaceTwo weekend when he passed C.J. Leary on the final lap to pick up the win.

Boespflug took over the driving duties for the legendary Hoffman/Dynamics Inc. team. Boespflug won his first race at Eldora last year during the 2016 #LetsRaceTwo and enters this weekend only one point behind Grant in the season long USAC standings.

Windom, who has wins in all three of USAC’s National divisions including one on the National Sprint trail in 2017, is third in the current USAC standings. He comes to Darke County this weekend looking for his second career win at Eldora.

Other USAC drivers looking to add to their Eldora win total include Dave Darland, who has five career wins at Eldora, Thomas Messeraul, Brady Bacon and Jon Stambrough.

Spectator gates open at 2:00 p.m. both days with the first cars hitting the track at 6:00 p.m. for hot laps and qualifying.

Racing For Relief, the St. Henry-based organization which conducts the sale of tickets for the Tony Stewart Foundation 50/50 Raffle, will host their membership’s first kart race of the season on Saturday afternoon at 2 p.m. at “Little E” – Eldora’s 1/7th-mile clay oval.

The weekend’s events kick off a busy May and June for the speedplant located just north of Rossburg on Ohio State Route 118. Eldora will host 10 events over the next six weeks.

Eldora’s first $8 Family FIREWORKS Night presented by Aaron’s will showcase the DIRTcar UMP Modifieds and the Eldora Stocks on Saturday, May 20th with a spectacular fireworks extravaganza topping off the evening.

The richest dirt late model race in the world, the $100,000-to-win Dirt Late Model Dream Weekend presented by Ferris Mowers will run for the 23rd time on Thursday-Friday-Saturday, June 8th-9th-10th.

The focus switches back to sprint cars on Saturday, June 17th when Casey’s General Stores presents the Arctic Cat All Star Circuit of Champions in the second night of their annual Ohio Sprint Speedweek.

The June schedule closes the following day with kart racing action on “Little E” where spectator admission is free for all events.

About Eldora Speedway:
Since carved from a cornfield in the natural amphitheater that existed between the Eldora Ballroom and the Wabash River by bandleader Earl Baltes in 1954, Eldora Speedway has grown to be a frontrunner in motorsports growth and stability. Baltes chose to sell the legendary high-banked clay oval to motorsports entrepreneur and NASCAR, IndyCar and USAC champion Tony Stewart in 2004. Celebrating its 64th season in 2017, Eldora hosts the biggest events in short-track racing including the 23rd annual Dirt Late Model Dream; the 34th annual Kings Royal Weekend; the Camping World Truck Series’ Eldora Dirt Derby – the only NASCAR National Series race on dirt; and the 47th annual World 100. The complete schedule for Eldora’s 64th consecutive season, including ticket and campsite information, will be available soon at www.EldoraSpeedway.com and can be requested by phone at (937) 338-3815. Fans can get behind-the-scenes access of Eldora Speedway by following @EldoraSpeedway on Twitter, Instagram and Snapchat, hitting ‘Like’ at www.facebook.com/EldoraSpeedway and subscribing to www.youtube.com/EldoraSpeedway. 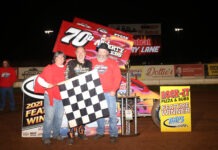 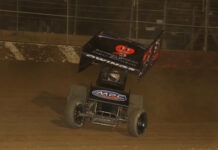