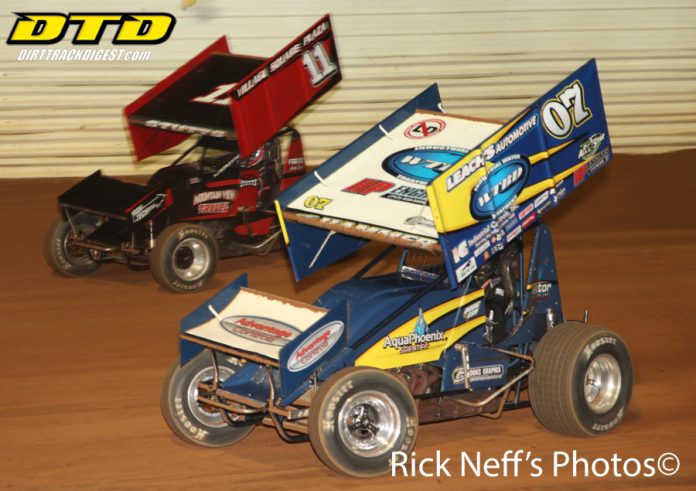 Numerous bonuses and awards are up for grabs by all three divisions during weekend action.

In both Weikert Memorial 410 sprint mains, a $229 Hard Charger Award sponsored by the Beer Hill Gang will be handed out to the driver that advances the most positions from his original starting spot.

That means for Saturday’s Hard Charger, the award will be worth the posted $229 plus a minimum of $500 to start the Sunday main.


In addition, fast timers in both 410 sprint shows will earn $100 for quick time as posted by Packer’s Concessions.

Plus, tow money for all 410-sprint non-qualifiers in each of the programs is up for grabs in the amount of $100 while $75 tow money is being offered to the super late models and URC Sprints.

For the URC 360 sprint portion of the Sunday Weikert Memorial weekend program, the 25-lap feature will pay $2,000 to win and $200 to start but a bonus worth $500 has been posted to be the top finishing 358 sprint in the event, sponsored by Racers Used Parts Warehouse.

The 2017 Weikert Memorial 410 sprints will compete in the now traditional Fallen Heroes Championship on Saturday, May 27 featuring a 30-lap main paying $5,000 to win and $400 to start.

A $200 overall fast time award has been posted for the late models.

Action then swings to Sunday night, May 29 when the Weikert Memorial sprints spin off time trials to set heat grids before moving on to a 35-lap feature paying a whopping $10,000 to win and $500 just to start.

If needed, Monday, May 29 at 6 pm has been set as the raindate for the Sunday, May 28 event ONLY.