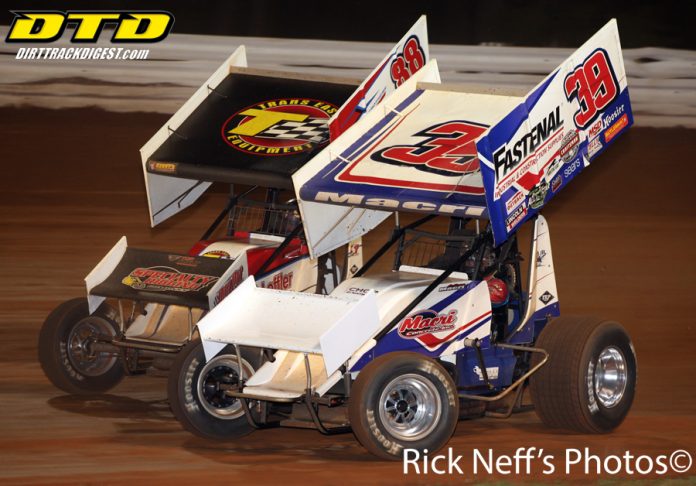 MECHANICSBURG, PA – Williams Grove Speedway will host another Diamond Series event in the 2017 series for the Lawrence Chevrolet 410 sprint cars coming up this Friday, May 26 at 8 pm.

The IMCA/PASS 305 sprints will also be on the racing card along with a holiday weekend fireworks display.

Ages 12 and under are always admitted for FREE at Williams Grove Speedway.

The Williams Grove Speedway portion of the 50/50 on the night will be donated to the Eastern Museum of Motor Racing.

Lance Dewease kicked off the 2017 Diamond Series with a win in the Tommy Hinnershitz Classic on April 28.

The June 2 racing program features not only the 410 sprints but also the first appearance of the season by the popular 360-powered URC Sprints.

June 9 will find the speedway offering School’s Out Night for youngsters featuring the 410 sprints and the return of the Appalachian Mountain Dirt Late Model Speedweek Series to the historic oval.