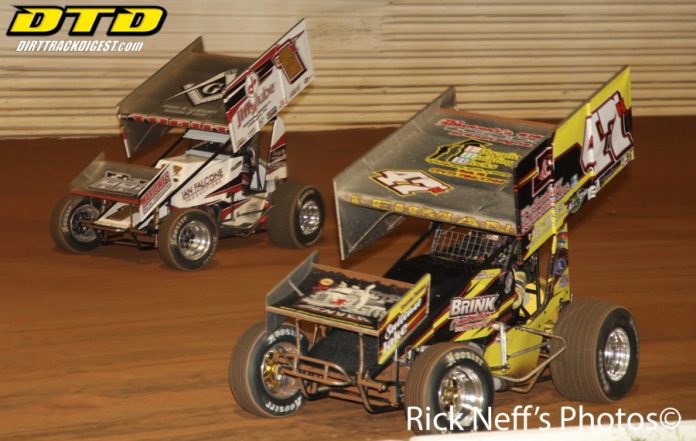 PORT ROYAL, PA – As part of this weekend’s two-day Bob Weikert Memorial Sprint Car Spectacular at Port Royal Speedway sponsored by Packer’s Concessions, the oval will present the Fallen Heroes Championships for 410 sprints and super late models on Saturday night, May 27 at 7 pm.

The two-day Weikert Memorial runs May 27 – May 28 at the oval with a Monday, May 29 raindate in effect for the Sunday program ONLY.

The special Saturday Fallen Heroes races are meant to honor the five drivers in speedway history who lost their lives in a racing accident at the track.

The sprints and lates will compete in 30-lap features on Saturday.

The inaugural events were taken by Danny Lasoski in sprints and Coleby Frye in the super late model division.

Winners in 2014 were Mike Erdley in sprints and Frye again in late models.

The night will be highlighted by a beautiful fireworks display.

Saturday’s action is round one of the two-day Weikert Memorial weekend with over 1,000 total free giveaways up for grabs by fans at the main general admission gates on both Saturday and Sunday.

The track returns on Sunday at 7 pm with Pepsi Night and York County Racing Club Night as round two of Weikert weekend featuring the Bob Weikert Memorial itself for the 410 sprints along with the URC Sprints.

Live broadcasts of MRN Winged Nation will take place from the track beginning at 5 pm both nights.