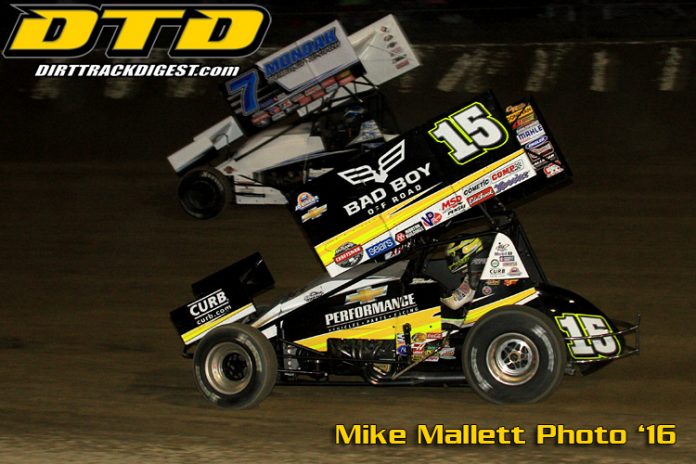 ROSSBURG, OH – While just a few races into the 2017 racing season, Eldora Speedway today confirmed its Major Event dates for 2018. The announcement coincided with the release of the calendar for each of the three NASCAR National Series.

The NASCAR Camping World Truck Series returns to Eldora for the sixth consecutive year on Wednesday, July 18, 2018. The primetime event remains the only dirt race scheduled amongst the NASCAR top-tier series. As part of Eldora’s tradition of showcasing different divisions of dirt racing, the DIRTcar UMP Modifieds and Eldora Stocks will have a special event on Tuesday, July 17, 2018 and invitational features as part of the Wednesday program.

For 47 years, the famous World 100 – The Biggest Dirt Race In The World™ – has been scheduled on the first Saturday following Labor Day and 2018 continues the tradition. On-track activity will once again begin Thursday, September 6th, followed by another full show on Friday, September 7th, 2018 and concluding with a full-program for Dirt Late Models and the $51,000-to-win 100-lap feature event on Saturday, September 8th.


The balance of the 2018 special event schedule, including May’s #LetsRaceTwo Doubleheader for the World of Outlaws and USAC National Sprint Cars and September’s 37th running of the Four Crown Nationals will be announced in the coming months.

Tickets for all scheduled events in 2017, including this Sunday night’s Johnny Appleseed Classic by Miller Lite, are available now by calling the Eldora box office at (937) 338-3815 and www.EldoraSpeedway.com.