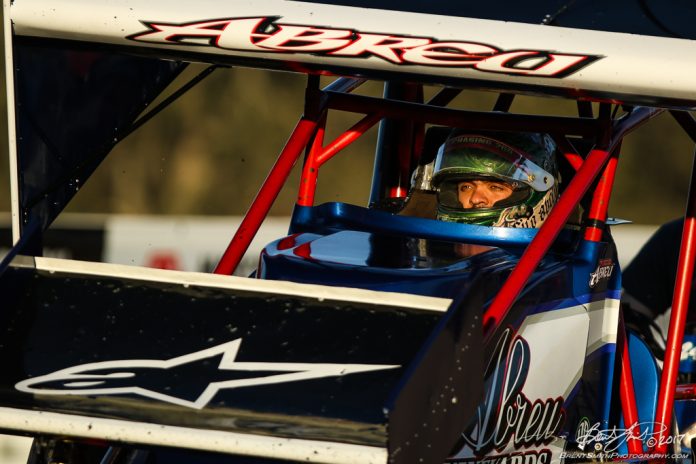 Larson has already competed with the Outlaws in 2017 during Brad Sweet’s Short Track Showdown at Placerville Speedway in California. Larson is eager to tackle Ohsweken for the first time in his career.

“I am really excited to make my first trip to Canada and also to be racing a Sprint Car,” Larson said. “Ohsweken has always produced great racing with multiple lines so it should be fun to try and adapt to the track. Hopefully we can pick up a couple wins while I am there.”

Abreu, a 25-year-old native of St. Helena, Calif., has become synonymous with open-wheel racing excellence in North America for his success in Midgets and Sprint Cars. Abreu won the 29th and 30th annual Chili Bowl Midget Nationals in Tulsa, Okla. in 2015 and 2016, the biggest of more than 90 open-wheel wins in his young career.

“I’m excited to compete in Canada at the famous Ohsweken Speedway,” Abreu said. “All I have heard is great things about the racing surface as well as the facility. It is definitely something we’re looking forward to.”

Larson and Abreu will take on the best 360 Sprint Car drivers in the northeast during the Burger Barn Northern Summer Nationals on Monday, July 24. Then, they will battle the best drivers in all of Sprint Car racing when the ‘Greatest Show on Dirt’, the World of Outlaws Craftsman Sprint Car Series, rolls into town for their only Canadian stop of 2017 in the Six Nations Showdown presented by Arrow Express on Tuesday, July 25.

“We are very excited to have Kyle and Rico race at Ohsweken Speedway,” said Glenn Styres, owner of Ohsweken Speedway. “The raw talent of these two racing superstars is unmatched. We are looking forward to showing them how great all of our Ohsweken and Canadian fans truly are.”

Last season, Kasey Kahne claimed the Northern Summer Nationals win when he invaded Ohsweken while reigning eight-time World of Outlaws champion Donny Schatz won the Six Nations Showdown for the fourth time in his career. Canadian Stewart Friesen won the 2015 edition of the race while Tony Stewart beat the Outlaws in back-to-back years in 2011 and 2012.

Advanced reserved seating tickets for both the Burger Barn Northern Summer Nationals on July 24 and the World of Outlaws Craftsman Sprint Car Series Six Nations Showdown on July 25 are available online at www.ohswekenspeedway.ticketforce.com or by calling (519) 717-0023.