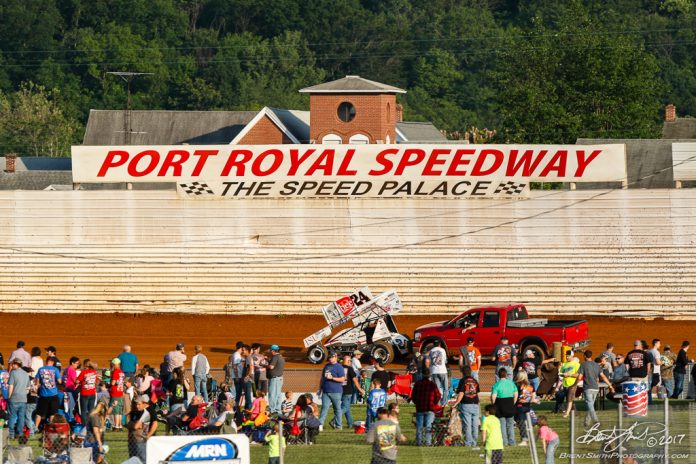 Swarmer was one of the two most identifiable names on the Port Royal Penn Central racing circuit during its formative years in the 1950s and 1960s, the other being Eddie McCardle.

Swarmer retired from the sport in 1975 but not before amassing a huge fan following and recording four sprint car track title and 45 career oval wins in the division along with a pair of late model track titles and 15 late model victories.

Along with the Weikert’s Livestock 410 sprints, also on the 7 pm racing card is the Creasy Signs 305 sprints and the Gray’s Auto and Towing econo late models.

In other speedway news, the Juniata Junction xtreme stocks have been added to a late June program.

The xtreme stocks have been added to the Saturday, June 24.

The event also includes the 410 sprints, super late models and the 305 sprint cars.