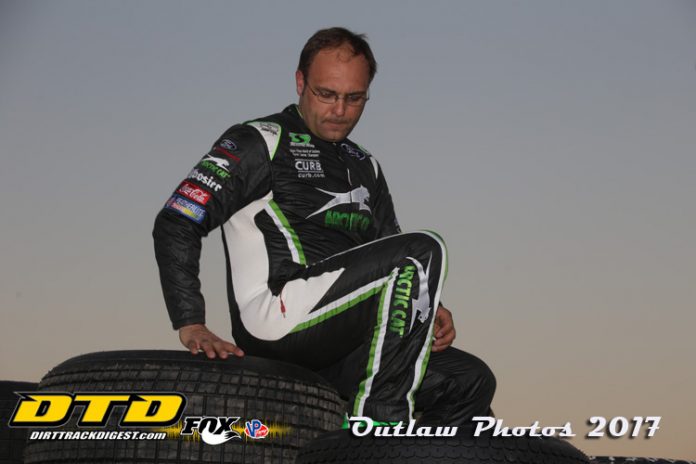 WEST FARGO, ND – Every racetrack in his home state of North Dakota is special to Donny Schatz for one reason or another. Though, Red River Valley Speedway in West Fargo may be on top of the list. Growing up, he was a fan in the stands when the World of Outlaws Craftsman Sprint Car Series would come to town. As he cut his teeth in the sprint car world, he spent many nights at the track competing. He even was involved on the promotional side, as his family ran operations at Red River Valley Speedway for a few years.

Schatz will get his first crack at Red River Valley Speedway since 2012 this week, as the World of Outlaws Craftsman Sprint Car Series returns to the historic track on Saturday, June 17 for the Gerdau Recycling Duel in the Dakotas.

“If there is one place you look forward to getting back to, it’s a place you got a lot of laps at growing up,” said Schatz. “That was really my home track, even though I grew up in Minot. I spent a lot of Friday night’s racing there. We have only been there once with the new configuration, with the World of Outlaws, so I am looking forward to getting there and trying to get that elusive win in front of the home town crowd.”

While the Schatz family was in charge of Red River Valley Speedway they shortened the track from a sprawling half-mile to a three-eighths-mile. The World of Outlaws Craftsman Sprint Car Series have competed once on that configuration, which was the series last visit in 2012. Schatz, who has four wins with the Outlaws at Red River Valley Speedway, finished third in that event. He actually was victorious with the Arctic Cat All Star Circuit of Champions on the re-configured surface in 2011, as well as finishing second with the series earlier that season at the track.

“The big tracks across the country seem to be dwindling for weekly racing and it was something we as a family felt like it was necessary to make it smaller,” explained Schatz. “We went through that expense. The people that are running it now are doing an awesome job. I’ve watched a lot of races online and they are doing a fantastic job with the race track and the racing has been pretty stellar.”

Prior to racing at Red River Valley Speedway this weekend, Schatz will get to compete at another track that is well known to him, River Cities Speedway in Grand Forks. He has won eight times at the high-banked bullring, including four straight and six of the last seven races contested by the World of Outlaws Craftsman Sprint Car Series at the track.

“They have made Grand Forks a little bigger over the years and have made it wider and a lot of fun,” Schatz noted. “We’ve had a lot of success there. That’s another place I spent a lot of Friday night’s racing at, when I was growing up. It’s kind of like the perfect weekend. You get Grand Forks and Fargo in the same weekend. That’s something you dream of as a kid and here were are in 2017, with that opportunity.”

The Northern Late Model Racing Association (NLRA) will compete both nights with the World of Outlaws Craftsman Sprint Car Series at River Cities Speedway and Red River Valley Speedway and Schatz will do double duty both nights in his Tony Stewart Racing owned sprint car and his self-owned late model. Schatz won on the same night in both cars in August of 2013 at the track and also picked up an NLRA win at River Cities in August of 2014.

“I’ve done it at Grand Forks several times and if everything is going okay, it’s a good thing,” he shared. “If something goes wrong on either side of the fence, it’s a big challenge. To do it two nights in a row, I can tell you that on Sunday, I’ll be pretty worn out. That’s part of it, though. What doesn’t kill you makes you stronger. We’ll do our best to have a good weekend in both cars and see if we can’t have a lot of fun in the process.”

“We are getting to more race tracks and doing a lot more racing, which is great,” said Schatz. “For me, this time of the year, we are at a lot of tracks that are closer to home and places that I’ve been around quite a few times. It’s a little bit more humbling for me to be around this area. We’re definitely ready to get the summer started and, yeah, we enjoy it. Hopefully we can have a great summer like we have in the past.”

Tickets for the Gerdau Recycling Duel in the Dakotas, featuring World of Outlaws Sprint Car Series and NLRA at Red River Valley Speedway in West Fargo, North Dakota, on Saturday, June 17 can be purchased online at slspromotions.ticketforce.com or by phone at 815-344-2023 and at the track on race day.