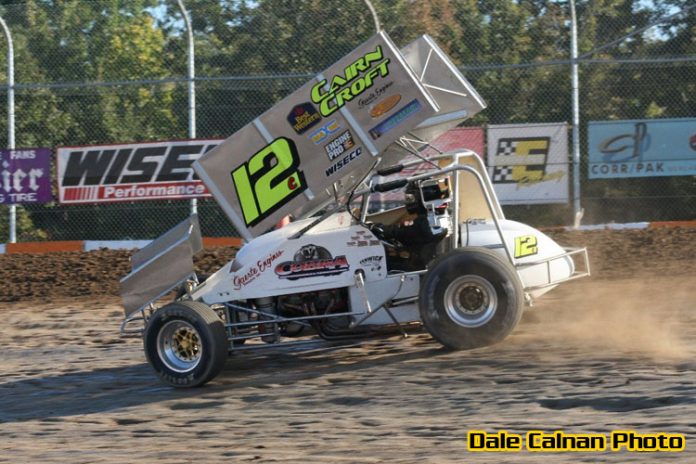 OHSWEKEN, ONT – Ohsweken Speedway is set to resume action with Wall of Fame and Kid’s Race for the Canadian National Autism Foundation Night presented by Core-Mark International on Friday, June 16.

Ohsweken will add five new members to its Wall of Fame, which was established in 2015. The induction ceremony will take place during intermission. Jim Cochrane, Gale Hill, Tom Huppunen, Clinton Geoffrey Kruchka and Adam Ross will be inducted to the Wall of Fame on Friday night.

Cochrane was a Mini Stock racer in Ohsweken’s early years and has remained a major advocate of the division. He was also the first winner of the Art Hill Memorial Award for showing Sportsmanship on and off the track.

Gale Hill has been a proud supporter of the track for several years through his business, Gale’s Auto Aftermarket. His dedication to the track and to several drivers goes well beyond the traditional sponsorship agreement.

Tom Huppunen, well-known locally as the ‘Fenwick Flyer’, was one of the first regular Sprint Car drivers in the area and paved a path to regular 360 Sprint Car action in Ontario. He won the 2009 360 Sprint Car track championship and still holds the track record for the fastest lap ever recorded in a 360 Sprint Car.

Clinton Geoffrey Kruchka and Adam Ross have served in several capacities at Ohsweken over the years, but are best known for their announcing work. Both are back announcing at the track in 2017, while Geoffrey also serves as the track’s general manager. Over the years, both have helped bring a new level of professionalism and improved fan experience to help make Ohsweken a premier racing destination.

The Kool Kidz-Corr/Pak 360 Sprint Cars headline the show that also features the only stop of the season for the Pro 4 Trucks. Ohsweken’s regular divisions will all be in action as well, including the Strickland’s GMC Crate Sprint Cars, Middleport Mechanical Thunder Stocks, HRW Automotive Mini Stocks and Gale’s Auto Aftermarket Bombers.

Pro 4 Trucks
The Pro 4 Trucks will make their only appearance of the season at Ohsweken this Friday. The Pro 4 Trucks call Humberstone Speedway home on Sunday nights and carry sponsorship from Mike Knapp Ford. In two races so far this season, Kyle Tomaski and Dylan Llord have gone to victory lane at Humberstone. The always entertaining Pro 4 Trucks are sure to enjoy the wide and high-banked surface at Ohsweken to showcase their talent.

HRW Automotive Mini Stocks
The HRW Automotive Mini Stocks always produce some of the best racing at the track with four and five-wide racing occurring on a weekly basis. Last week, the division produced a first-time winner in Dave Crumbie. Crumbie outran point leader Mark Bazuin over the final five laps in the latter’s mad dash to the front from the 21st starting spot. Bazuin currently has an 11-point gap over Jon Janssens while Brandon Janssens, Tim DeBoer and Aaron Rewutzky hold down the top-five positions.

Gale’s Auto Aftermarket Bombers
Gillian Hils proved last week the outside lane can be fast for the Gale’s Auto Aftermarket Bombers. Hils started eighth before making nearly every pass for position on the outside to take the lead and drive off with her first victory of the season. Lucas Smith, who has one win this year, is the current point leader over Paul Longboat, Jerry Burnham, Hils and Dustin Longboat.

About Core-Mark International: From its humble beginnings in 1888 as Glaser Bros., a single tobacco storefront in San Francisco, Core-Mark has grown into one of the largest distributors and marketers of consumer goods in North America. While the past century has brought incredible changes to the business and the world in which we operate, Core Mark’s goal is the same today as it was over 120 years ago — to provide customers with the best possible service and to help them grow their sales and profits. For more information, visit www.core-mark.com.

The community is invited to submit nominations for induction to the Wall of Fame, and all nominations are given due consideration. The number of inductees in any given year shall be at the discretion of the Wall of Fame committee. The names of inductees for any given year are announced in early spring, and the official induction ceremony is held at Ohsweken Speedway on a selected race night during the subsequent season. The Styres Family, the Southern Ontario Sprints club, and Mike “Pinball” Giberson were selected for the inaugural class of Wall of Fame inductees in 2015, while Jay Mallory, Jim Swing, Abel Castelein, and the Bell family were inducted in 2016.