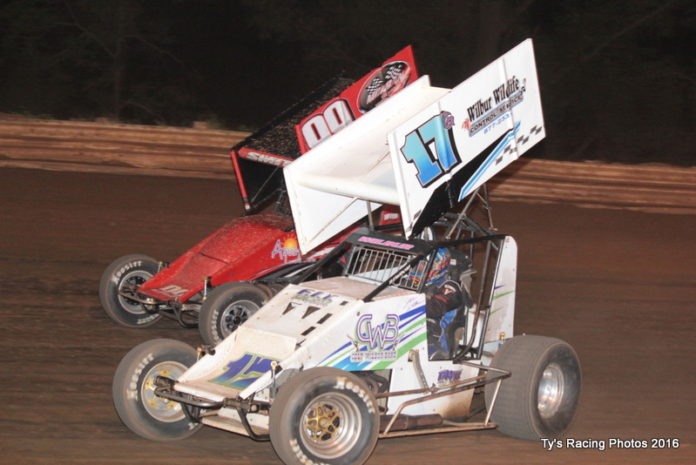 Sponsored by one of the long time track sponsors Rock-It Pizza, located just a few miles from the race track, fans entering the grandstands this weekend will only need a five dollar bill and be able to take in a four division/five feature night of racing. That’s just One Dollar per feature!

“We have so many fans that support the speedway all year so we wanted to reward them by offering them this $5 night in the grandstands as a way of saying thank you,” track General Manager Kolten Gouse stated.

The Morgan Paving/Aqua Fun Pools Street Stocks have not seen a repeat winner in seven events this year as Mike Potts currently sits atop of the points over Matt Adams.

Despite his six feature wins, Alex Updegraff only holds a 75 point lead over Patrick McClane in the Superior Homes Extreme Stocks. Updegraff has two chances at upping his win total this weekend with a regularly scheduled event as well as a makeup feature, that was postponed two weeks ago.

Pits open at 4:30PM with Grandstands opening at 5PM. Race time is 7PM.

No coupons or promotions will be honored for this event.

Fans can keep up with the latest results, news and announcements for Susquehanna Speedway by visiting www.susquehannaspeedway.net, as well as on Facebook and Twitter.