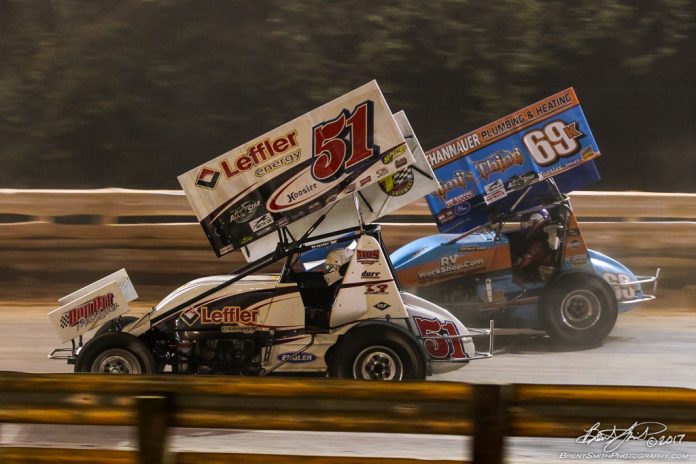 MECHANICSBURG, PA – Williams Grove Speedway will host the largest event of the 27th annual Pennsylvania Speedweek series this Friday, July 7 at 8 pm when it hosts the 29th annual Mitch Smith Memorial for sprint cars, paying a lucrative $10,000 to win out of a purse worth nearly $35,000.

Friday’s Mitch Smith Memorial will use time trials to set the field as do all speedweek events and the feature will be 30 laps in distance.

The entire 2017 speedweek series is sponsored by Always Racing Ministries, a pastoral organization that ministers to the motorsports community during times of trauma and also in spiritual need.

A special holiday fireworks display is also slated during this Friday’s program along with racing action for 358 limited late models.

The Mitch Smith Memorial began in honor of the late star in 1989.


Known affectionately to most as the “Linglestown Leadfoot,” Smith was one of the most electric sprint car stars to ever grace the Cumberland County oval and the Central PA region with his talents.

Perhaps his biggest claim to fame was his trumping of the world-renowned USAC sprint car stars when they came east to Williams Grove Speedway in 1971.

For comparison purposes, USAC was in 1971 what the World of Outlaws is to sprint car racing today.

They just simply didn’t get beat.

Except by Mitch Smith in Central Pa in 1971.

The PA drivers and fans were famous.

At the end of his four-decade career in 1978, Mitch Smith had amassed 179 overall total career feature wins including 27 in a sprint car and nine in a super modified at Williams Grove alone.

Smith drove for owners like Mary Flack in the Flying Tiger, John Regester, Gary Wasson and Al Hamilton in the famed No. 77.

After being felled by a massive heart attack in 1988, Smith was posthumously inducted into the National Sprint Car Hall of Fame in 1995.

Fred Rahmer and Lance Dewease have done the best in the Smith Memorial over the years, each owning four victories.

Danny Dietrich is the defending Smith Memorial champion after taking his second career checkers in the race last season.

Friday’s event will again be part of the 2017 Hoosier Diamond Series at the oval.

The Williams Grove portion of the 50/50 on the night will be donated to Always Racing Ministries.

Kids ages 12 and under are always admitted free at Williams Grove Speedway!

July 14 offers a World of Outlaws tune-up event for the 410 sprints along with the 358 sprint cars in action.

The K1 RaceGear Summer Series event for 358 sprints that was rained out on June 23 has been rescheduled for the July 14 racing program.