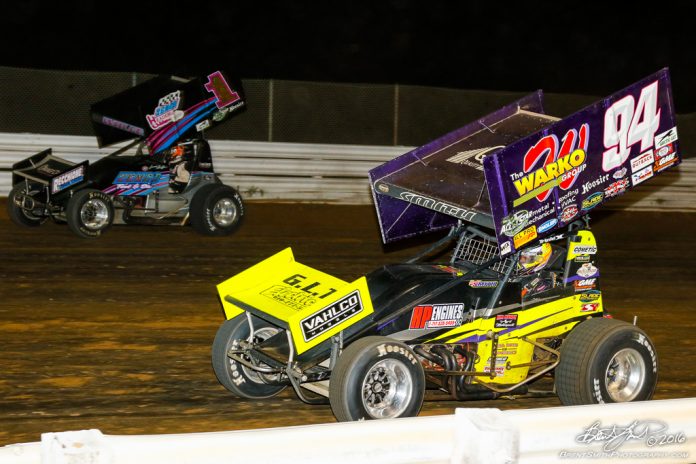 SELINSGROVE, PA – Selinsgrove Speedway will host the PA Speedweek Finale for 410 sprint cars at 7:30 p.m. this Sunday, July 9, honoring the memory of the late driver-car owner duo of Jan Opperman and Dick Bogar. The 30-lap 410 sprint car feature will pay $5,000 to win and $400 to start. Track gates will open at 5 p.m.

The 305 sprint cars and pro stocks will compete in 20-lap and 15-lap main events, respectively, to round out the three-division racing card this Sunday.

Selinsgrove Speedway is where Opperman won the most races—19 in a sprint car—and where he clinched his only track championship in 1973. In 1974 and 1976 he qualified for the Indianapolis 500 and then returned to Pennsylvania to race sprint cars. He suffered a career-ending injury in a URC-sanctioned sprint car race in 1981 at the Jennerstown Speedway. Opperman died in 1997 at the age of 58.

Bogar is credited with recruiting Opperman to turn the wheel on what would be become one of the most famous sprint cars in the history of the sport – the Bogar No. 99. The Bogar family name has a long heritage with the historic Snyder County half-mile oval. It was the Bogar Lumber Company that supplied the lumber to build the track’s original covered grandstand that is still in use today. Bogar passed away in 2014 at the age of 86.


In June, Lucas Wolfe of Mechanicsburg won the Ray Tilley Classic for 410 sprint cars at the track. The 410 sprint cars are also slated to compete at Selinsgrove in the Arctic Cat All Star Circuit of Champions Jim Nace Memorial 35th National Open Sept. 16.
Selinsgrove Raceway Park will present a program of go kart racing including a $200-to-win pro series race for the adult cage animal class at 7 p.m. this Friday, July 7. Track gates will open at 5:30 p.m.