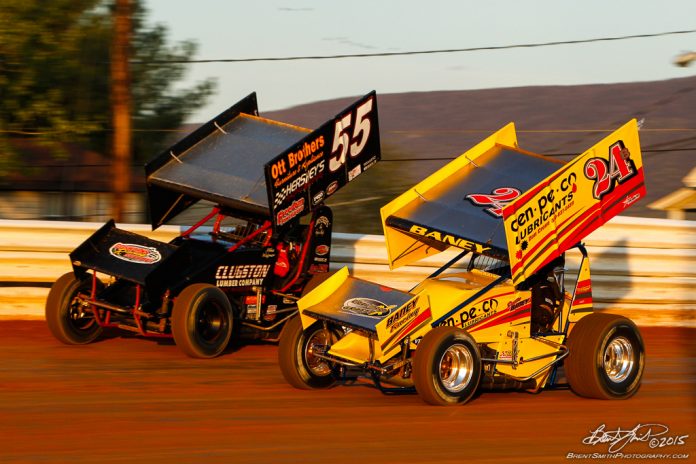 PORT ROYAL, PA – As Port Royal Speedway honors veteran Mike Wagner with the Living Legends Dream Race coming up on Saturday, July 29, so to will some of the key players in his sprint car racing career.

Wagner will meet and greet fans behind the grandstand from 5 – 6 pm on the night of the race and several car owners whose seat he was able to grace during his 30-plus year career will join him.

Joining Wagner for the autograph session will be Joe Harz of Elmer, New Jersey, who fielded the familiar Joe Harz No. 88H for many years that counts Wagner among its pilots.

Also on hand will be John Zemaitis, owner of the famed Zemco No. 1. Wagner at one point piloted the car for a stint in Florida.

Wagner also was behind the wheel of the Bill and Kay Tanger No. 07 in the late 1990s and while the Tangers have long since retired from the sport, both car owners will come back to the race track for the big event on September 9.


On his first night behind the wheel of the Walt Dyer No. 461 in 1999 Wagner piloted the car to a victory at Williams Grove Speedway before going on to pick up a win for the Dyer stables at Port Royal and Dyer too will be on hand for the pre-race activities on July 29.

Both Zemaitis and Dyer themselves have been honored previously with Port Royal Living Legend Awards.

Port Royal Speedway will present the 11th installment of the Living Legends Dream Race for 410 sprint cars coming up on Saturday night, July 29 at 7 pm.

The 410 sprint car drivers that enter the program are in line to receive thousands of dollars in contingency cash and prizes to go along with the more than $55,000 in purse money that is posted for the prestigious and lucrative event.

The 2017 version of the Dream Race will honor two-time Port Royal Speedway track champion Mike Wagner, who has spent over 30 years of his life racing sprint cars, most prominently at Port Royal.

Over $2,500 in contingency cash will be given away to the sprint car drivers on the night in the forms of lap money, hard charger awards, fast time awards and more.

The Dream Race will again consist of time trials and a pair of 16-lap semi-main events that carry full purses worth nearly $10,000 alone before the big 35-lap Dream main brings more than $30,000 to the table.