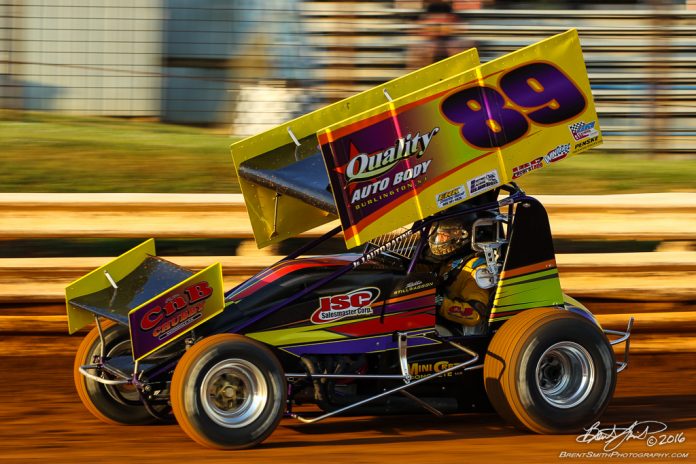 MECHANICSBURG, PA – Williams Grove Speedway will present Brooks Powersports Night coming up this Friday, July 28 at 8 pm when it hosts the Lawrence Chevrolet 410 sprint cars and night one of the 2017 Keystone 360 Sprint Car Nationals, sanctioned by the URC Sprints.

The Keystone Nationals portion of the event for the URC 360 sprints will find the limiteds competing in a 25-lap main that pays $3,000 to win and $250 just to start, sponsored by Lelands.com.

The Williams Grove portion of the 50/50 on Friday will go to Jill’s Legacy.


Kids ages 12 and under are always admitted for free at Williams Grove Speedway!

Last year in the big 360 nationals show for the URC Sprints at Williams Grove, some 34 cars entered competition and a similar car count could be expected again this season.

Greg Hodnett scored the win in the 2016 race to record his third 360-powered event victory of the year at the track.

There will be no time trials for the URC Sprints on Friday night.

Williams Grove Speedway will host the K1 RaceGear Summer Series for 358 sprints coming up on Friday, August 4 along with the 410 sprint cars.

As part of the K1 RaceGear Series, the 358 sprints will compete for an increased purse in an extra-distance main event.

There will be no racing at Williams Grove Speedway on August 11.

Keep up to date on all the latest speedway news and information by visiting the oval’s official website at www.williamsgrove.comor by keeping up with the oval on Facebook or Twitter.