MECHANICSBURG, PA – There will be no racing at Williams Grove Speedway this Friday, August 11 as the track takes a rare night off but then returns on August 18 with the Arctic Cat All Star Circuit of Champions Sprint Cars Jack Gunn Memorial.

In the meantime, located just south of Williams Grove Speedway, off of Rt. 15 in Dillsburg at the Latimore Valley Fairgrounds, the Eastern Museum of Motor Racing Convention will take place from August 11 – 13.

When Williams Grove returns to action on August 18, the 35th running of the Jack Gunn Memorial will take center stage as part of the Hoosier Diamond Series with the All Stars on hand to compete in the program.

Presented by Superior Plus Energy Services, the Gunn Memorial will be 30 laps in distance and pay $5,000 to the winner.

The PASS IMCA 305 sprints are also on the August 18 racing program.

Williams Grove will be in action on August 25 with another Yellow Breeches 500 event for the 410 sprint cars along with action for the 358 sprints.

And then Labor Day weekend at Williams Grove Speedway will include a pair of racing programs, on Friday September 1 and again on Sunday, September 3.

Friday will feature the Van May Tribute Race for 410 sprints presented by Union Quarries and action for the United Racing Club 360 sprints honoring late circuit champion Kramer Williamson while Sunday’s show includes the Billy Kimmel Memorial for 410s and another race in the 2017 K1 RaceGear Summer Series. 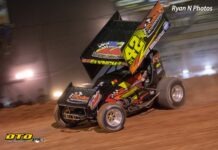 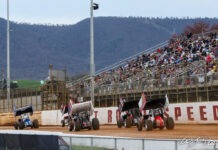 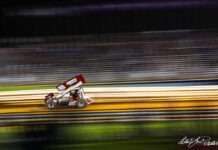