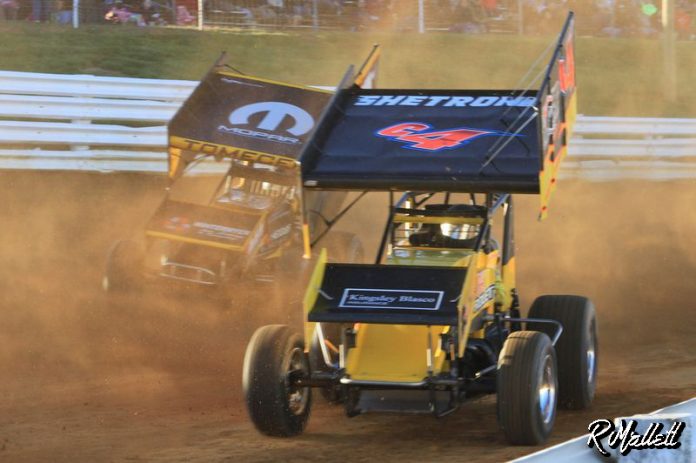 SELINSGROVE, PA – Selinsgrove Speedway’s schedule is down to the final five races of the 2017 season.

The Superspeedway of Dirt Track Racing will feature an open wheel doubleheader of 360 sprint cars and PASS 305 sprint cars plus the rescheduled Collier Paving & Construction Roadrunner 20 and pro stocks this Saturday, Aug. 19.

The speedway will also welcome the Penn Mar Vintage Race Car Club as part of this Saturday’s program.


This weekend will mark the third and final appearance of the season by the PASS 305 sprint cars in a 20-lap race.

The roadrunners will take the spotlight in the return of the Roadrunner 20 championship race sponsored by Collier Paving & Construction of Shamokin. The winner of this year’s race, through the generosity of a life-long race fan, will collect $800 for the victory. The popular pro stocks will be showcased in a 15-lap feature.

Selinsgrove Speedway will close out the season Saturday, Sept. 16, with the $8,000-to-win Jim Nace Memorial 35th annual National Open for 410 sprint cars sanctioned by the Arctic Cat All Star Circuit of Champions plus pro stocks.

The annual Awards Banquet will be held Saturday, Nov. 11, at the Genetti Hotel in Williamsport.

Selinsgrove Raceway Park will be back in action this Friday, Aug. 18, featuring a program of go kart racing, the makeup mediums Pro Series race plus an extra heavies Pro Series race. This Sunday, Aug. 20, will be the final Burris Money Series race of the season for go karts at 9 a.m.