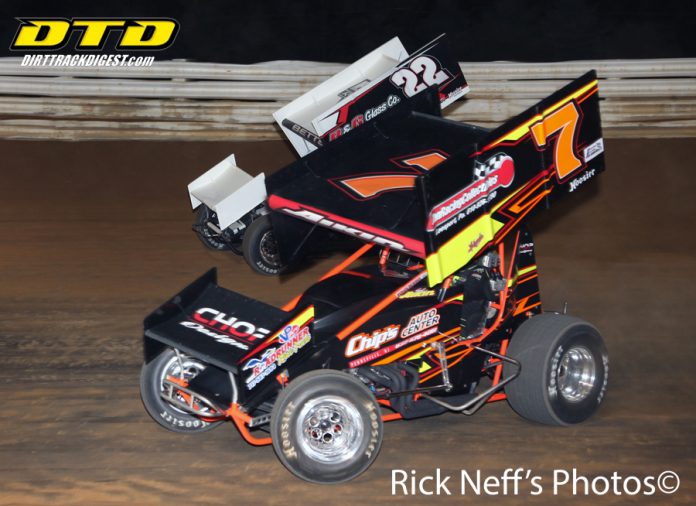 For the roadrunners, this Saturday will mark the third attempt to complete the Collier Paving & Construction Roadrunner 20 championship race paying $1,000 to the winner.

Track gates will open at 5 p.m. Regular admission prices will be $12 for adults, $7 for students ages 12-17, with kids ages 11 and under being admitted free. Armed Forces Veterans who present their official military identification cards will receive $5 off adult general admission.

In the Mach 1 Chassis 360 sprint cars, Davie Franek of Wantage, N.J., a former two-time United Racing Club champion who is seeking his first career speedway title, leads the standings by 300 points over former one-time champion Jason Shultz of Carlisle. Franek got his start in sprint car racing at Selinsgrove as a teenager and has three wins this season at the track.

The top three drivers in the Jeff’s Auto Body & Recycling Center super late models are locked in a close battle and separated by only 10 points. Three-time winner Hayes Matter of Beavertown also got his start in stock car racing at the track when he was a teenager and has a five-point lead over veteran late model racer and former champion Steve Campbell of Danville. Just ten points behind Mattern in the third spot is another seasoned driver and former champion Tony Adams of Sunbury.

Race night sponsor Foss Jewelers, located on Route 522 in Selinsgrove, has been serving friends and customers all across the central Pennsylvania region with affordable, high quality jewelry backed with unsurpassed customer service since 1949.

Dan Foss, now the sole proprietor of Foss Jewelers, sponsors the gold championship rings that will be presented to each of the track’s divisional champions at the awards banquet Saturday, Nov. 11, at the Genetti Hotel in Williamsport. Banquet tickets are on sale now for $35 each for adults and $15 for kids ages 5-12.

Selinsgrove Speedway will close out the season Saturday, Sept. 16, with the $8,000-to-win Jim Nace Memorial 35th annual National Open for 410 sprint cars sanctioned by the Arctic Cat All Star Circuit of Champions. The 305 sprint cars, which were rained out on Aug. 19, have been rescheduled to join the 410 sprint cars at the track on Sept. 16.

Selinsgrove Raceway Park will be back in action this Friday, Aug. 25, featuring a program of go kart racing, the makeup mediums Pro Series race plus an extra heavies Pro Series race.