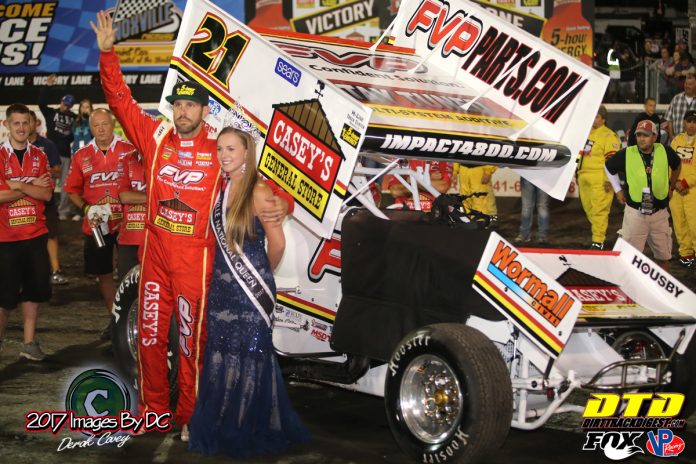 PORT ROYAL, PA – Having gained national acclaim with its posted purse of $105,000 including a whopping $50,000 to win on the line, the September 9 Port Royal Speedway 50th annual Tuscarora 50 for sprint cars is attracting talent from at least halfway across the country.

Recently confirming his attendance at the two-day event was Brian Brown of Grain Valley, Missouri.

Driver of the Casey’s General Stores/FVP No. 21 machine, Brown is an accomplished sprint car talent.

Among his laurels have been victories over the World of Outlaws as well as in the 360 Knoxville Nationals. Brown is also a 360 and 410 sprint Knoxville Raceway track champion.


An Australian champion, Madsen has toured extensively during his career including with the World of Outlaws.

Madsen’s brother Ian is listed as a potential Tuscarora entrant along with Altoona, Iowa’s Terry McCarl.

Another Midwestern driver, Oklahoma’s Brady Bacon has confirmed his intent to compete in the two-day Tuscarora weekend.

The two-day, September 8 and 9 event will be sanctioned by the Arctic Cat All Star Circuit of Champions Sprints and series owner Tony Stewart intends to be in action at one if not both of the shows.

The 50th annual Tuscarora 50 will be the biggest race ever held in the history of Port Royal Speedway.

Friday night will offer the 30-lap, $5,000 to win Night Before The 50 for the Pennsylvania Posse and All Star Circuit of Champions Sprint Cars before both faction reconvene to contest the Tuscarora 50 itself on Saturday night.