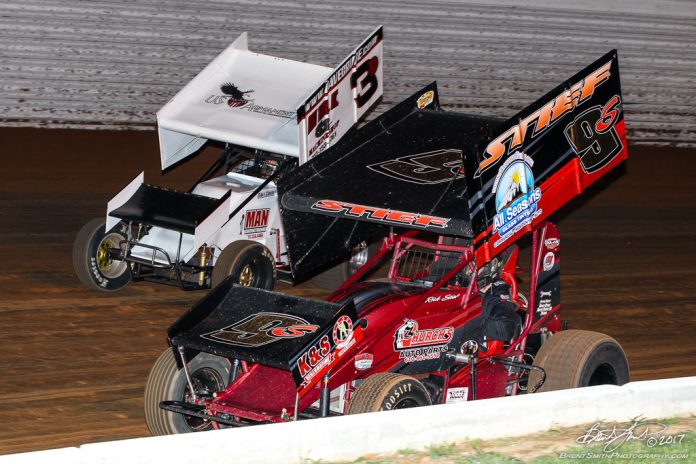 The race is the biggest event for IMCA 305 sprint cars in the east with this years total 305 sprint posted purse again topping $15,000 including $800 to win the main event and a payout for a special Founder’s Cup race for all non-qualifiers.

Including posted bonus money, the winner of the main event could take home a total of up to $1,500.

Also in action at the Blue Collar Classic will be the limited late models in a Mason Dixon Shootout Series event paying $1,000 to win.


The Juniata Junction xtreme stocks will also compete in the make up Butch Renninger Memorial, paying $1,000 to win along with four cylinder pure stocks paying $300 to win.

Gates for the big show open at 3 pm with adult general admission priced at $15 and students ages 12 –18 priced at $7.

Jeff Miller of Huntingdon is the defending and two-time Port Royal Keystone RaceSaver Challenge champion having taken the event in both 2015 and in 2016.

Jeff Geiges of Hamilton, NJ., scored in 2014 with Jake Waters winning in 2013 and Sean Campbell taking the inaugural event in 2012.

Special prizes and contingencies will be awarded to all sprint car teams who compete in the event with some special fan prizes up for grabs as well.

Port Royal Speedway returns to action on October 14 with the World of Outlaws sprint cars at 5 pm followed by the final show of the season on October 21.