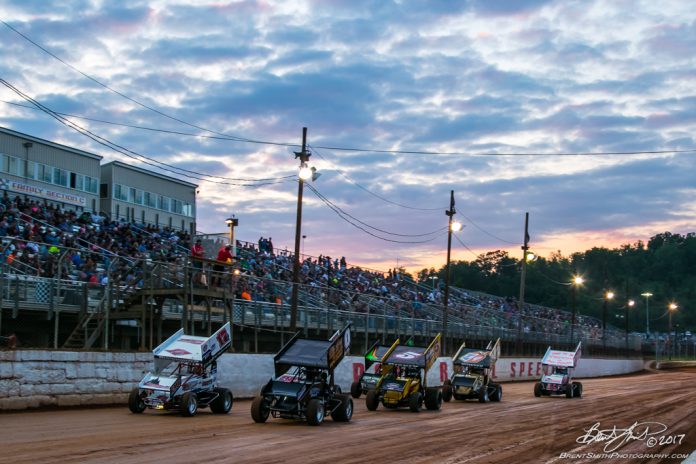 PORT ROYAL, PA – Port Royal Speedway will present its season finale, Open Wheel Madness coming up this Saturday, October 21 at 4 pm when it hosts a sprint car tri-fecta in the form of 410 sprints, URC 360 sprints and 305 sprints.

The highly anticipated, much talked about sprint car hat trick program is sure to be an October smash to close out the Port Royal Speedway season.

Gates for the big sprint car program will open at 1:30 pm with engine starts tentatively slated for 4 pm.

Port Royal Foliage Days, a two-day autumn craft, food and flea market, encompasses the entire weekend at the track and historic Juniata County Fairgrounds, with activities both Saturday and Sunday.


Fans are invited and encouraged to come early on Saturday in order to take part in the long-time Juniata County celebration before taking a seat for the sprint car show.

A brief Foliage Days parade through the center of Port Royal along Rt. 75 steps off at 1 pm from the fairgrounds and as such, early race-goers may experience a brief delay as they enter Port Royal on Rt. 75 if they intend to arrive around the 1:30 gate opening time frame.

A healthy field of URC 360 sprints is already anticipated with several drivers including Lucas Wolfe, Greg Hodnett and Brock Zearfoss expressing intent to do double duty by competing in both the 410 and URC racing programs.

Hodnett won a URC show at the track in May.