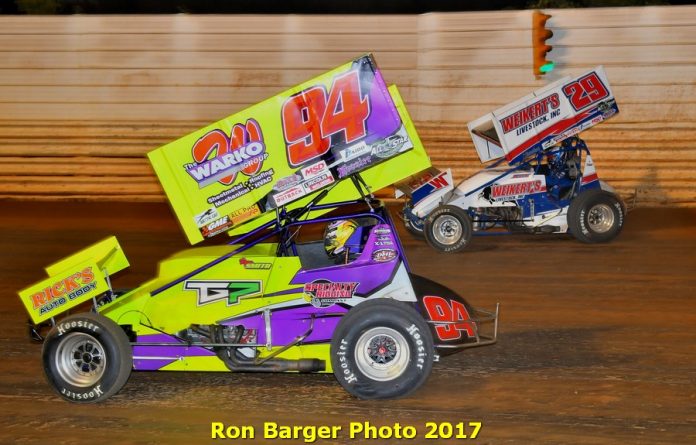 Opening day is slated for Saturday, March 10 at 5 pm featuring the 410 sprints and the super late models.

The All Stars Circuit of Champions Keith Kauffman Classic will pump up the month of April on Saturday the 14th followed by the second appearance in as many years by the Lucas Oil Dirt Late Model stars on Sunday, April 22.

And then summer kicks off in a massive way when for the first time in history, a super late model back-to-back, doubleheader is coming to Port Royal Speedway in 2018 as part of the prestigious Bob Weikert Memorial holiday weekend program on May 26 and 27.

Sanctioned by the Northeast Ultimate Super Late Model Series, the mighty stock cars will race in $3,000 to win and $5,000 to win events respectively, both paying $400 just to start.

Sunday’s NUSLMS event will be spun off as a companion to the big $10,000 to win 410 sprint Weikert Memorial main.

Early June will find the track hosting a $3,000 to win super late model main on the 2nd as part of the 2018 KRS Graphics Tri-Track Late Model Challenge Series.

As part of the annual Eastern Storm tour, the USAC Sprints will join the 410 sprints on Saturday, June 16.

For the first time in many seasons, 358 sprint racing will return to Port Royal on Saturday, June 30 when the K1 RaceGear Summer Series for 358s visits the oval.

A pair of Pennsylvania Speedweek events for 410 sprints will take place at the oval in 2018 with the first on Independence Day Wednesday, July 4 and another on Saturday, July 7.

The World of Outlaws Late Models will race for $10,000 to win at the track on Saturday, August 18, in action along with the Port Royal 410 sprint cars.

And then the annual Juniata County Fair will host the 410 sprints and super late model Butch Renninger Memorial paying $4,000 to win on Saturday, September 1.

Racing returns to the track with the annual sprint Labor Day Classic on September 3 followed by the granddaddy of them all at Port Royal, the two-day Tuscarora 50 for the All Stars Circuit of Champions Sprints on Friday and Saturday, September 7 and 8 with the Saturday finale paying $51,000 to win and being aired on MAVTV.

October finds a special Friday night program being billed as the Speed Showcase taking place on the 12th featuring the 410 sprints and the Short Track Super Series big block and small block modifieds.

The month of October also features the very popular Open Wheel Madness program on October 20 offering action for the 410, URC and 305 sprints before the entire season closes on Friday and Saturday, October 26 and 27 with the two-day Nittany Showdown for the World of Outlaws Sprint Cars.