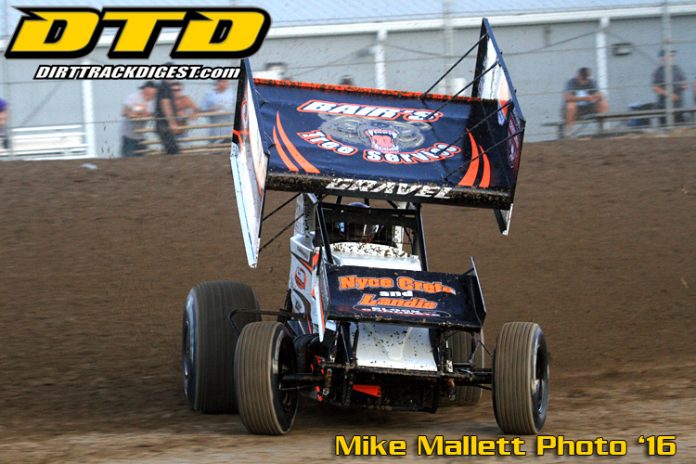 Ohsweken, Ontario – Ohsweken Speedway has postponed its biggest 2018 events until further notice. Speedway management cites unforeseen challenges with the lease of adjacent land as the reason.

The land directly north of the driveway isn’t Speedway property; It has recently changed hands, and the new owners have other plans for usage of the land moving forward.

“We just learned that the dozens of acres we have always used for excess parking and camping will be unavailable,” said track owner Glenn Styres. “Without parking, we just don’t have room for our fans.”

The postponed events include the World of Outlaws Sprint Car series races, the Canadian Sprint Car Nationals, and the Triple Crown Showdown. Regular Friday Night racing will continue as scheduled.

Speedway management chose to make the announcement now in order to provide fans, teams, sanctioning bodies, and other stakeholders as much time as possible to adjust their plans and schedules.


“We have a plan of action in mind to deal with the situation, but we need about six months of good weather to prepare,” said Styres. “The reason we are using the word postponed instead of canceled is we want to keep our options open. Our special events cost nearly half a million dollars a year to run, and it’s too big a risk to commit to that without all of the necessary parking.”

Speedway General Manager Clinton Geoffrey announced that all fans who have purchased tickets for affected events will get a full refund, along with four tickets to any Friday night show in 2018 to show the Speedway’s appreciation. Tickets will be mailed out in the new year.

“This is an unexpected challenge, but we are excited about focusing on our regular divisions,” said Geoffrey. “Ohsweken Speedway is still the place to be on Friday nights in 2018.”

Schedules and other plans for the 2018 Ohsweken Speedway season are well underway, with the 2018 schedule slated to be officially released early in the new year.

“Drivers meetings are scheduled for this Sunday December 17, and we look forward to working with our teams and fans to make Ohsweken stronger than ever!” stated Geoffrey.