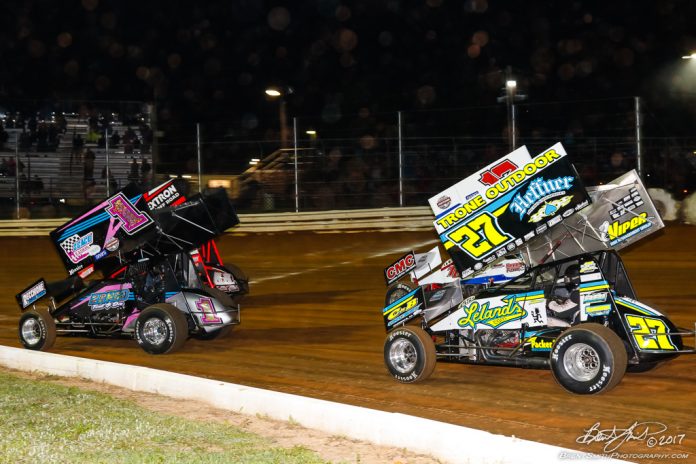 PORT ROYAL, PA – Port Royal Speedway is ready to get the 2018 racing season started, coming up this Saturday, March 10 at 5 pm.

On the opening day racing card will be the Weikert’s Livestock 410 sprints and the River Valley Builders super late models.

If the weather permits, the late model event will be the first of the season anywhere across the region while the sprint portion of the show will be just the second or third appearance of the division this year in Central Pennsylvania.

Adult general admission gates will open at 3 pm for the 2018 lidlifter with racing action slated for 5 pm.

Last year, Iowa invader Lynton Jeffrey turned away all challengers in the sprint car main to record a popular upset victory at “The Speed Palace.”

If able to be staged, the March 10, 2018, Port Royal Opener will place it in a tie to be the second earliest track event in recorded history.

Port Royal returns to action on Saturday, March 17 at 5 pm with another two-division program of 410 sprints and super late models before the late models compete in their first big event of the season, the ULMS Chiller Thriller on March 24.

The Chiller Thriller will pay $3,000 to win on March 24 with 410 sprint and a Mason Dixon Shootout event for 358 late models also on the program.

Keep up to date with all the latest speedway news and information by visiting www.portroyalspeedway.com and by following the oval on Facebook and Twitter.