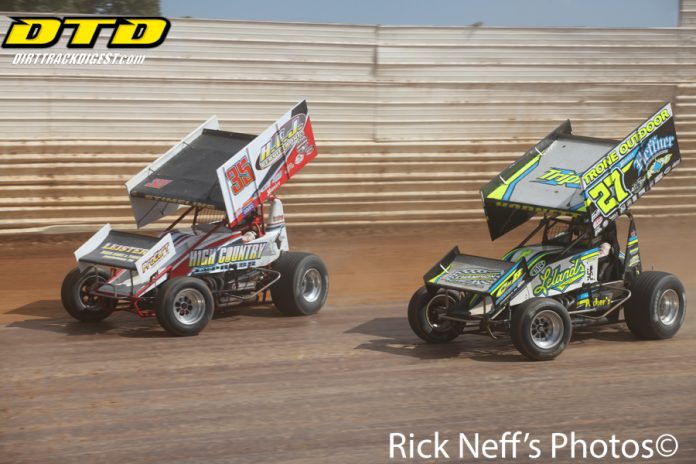 PORT ROYAL, PA – After falling to weather the last two weekends, Port Royal Speedway will try for the third time to open its 2018 racing season with a big program to kick off the year coming up this Saturday, March 24 at 3 pm.

Featured will be the Weikert’s Livestock 410 sprint cars, the River Valley Builders super late models and the first oval program of the year for the Mason Dixon Shootout limited late models.

The super late models will race in the ULMS Chiller Thriller paying $3,000 to win and $300 just to start the 30-lap main.

Starting time for the big opening day show has been moved up to 3 pm in an effort to overcome the persistent cold March temperatures. Pit gates will open at noon with general admission gates opening at 1 pm.

The first 600 adults through the main general admission gate will receive a FREE 2018 schedule magnet courtesy of Juniata Beverage.

Just who will appear to compete in the big ULMS Chiller Thriller event for super late models is anybody’s guess as the show will be one of if not the first show of the season in the region for the big stock cars.

However ULMS does have an even dozen drivers signed on to follow the series throughout its 2018 campaign.

The first 200 youth through the main general admission gate will receive a FREE Easter treat from Asher’s Chocolate of Lewistown.