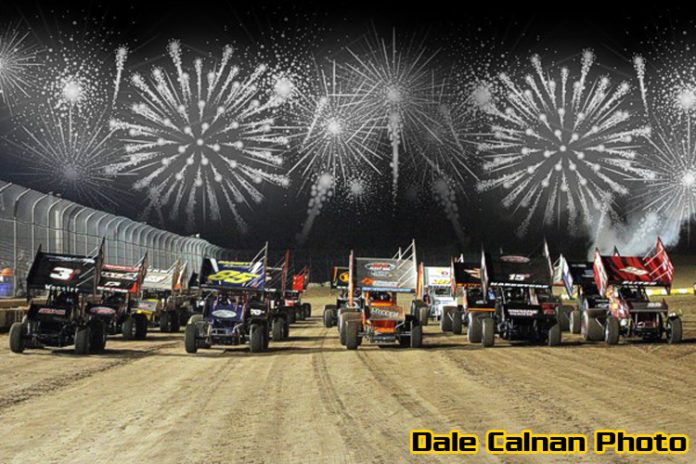 OHSWEKEN, ONT – The 2018 schedule for Ohsweken Speedway has been officially released; fans recently got their first look at the Motorama Custom Car and Motorsports Expo.

The 2018 schedule features 20 racing events, beginning with the 23rd Annual Ohsweken Speedway Opening Night on Friday, May 18. All weekly Friday Night Excitement events at the speedway will begin at 7:30 p.m., and include 20 lap A-Features for the Kool Kidz-Corr/Pak 360 Sprint Cars, Strickland’s GMC Crate Sprint Cars, and Middleport Mechanical Thunder Stocks, and 15 lap A-Features for the HRW Automotive Mini Stocks.

Plenty of special nights are on tap this season, highlighted by Wall of Fame Night, a pair of Autograph Nights, and a pair of KidsRace nights in support of the Canadian National Autism Foundation. Other special nights include Media Appreciation Night, Sponsor Night, Bicycle Night, Christmas in July, Hot Rod Friday, Emergency Services Night, Halloween in August, Minor Sports Night, and Back to School Backpack Night.

Prior to CSCN weekend, Ohsweken’s weekly 360 Sprint Car competitors will also take on some of the best teams in the northeast in two challenge events earlier in the season; the Patriot Sprint Tour will visit on July 20, followed by the Southern Ontario Sprints tour on August 17.

NASCAR legend Ken Schrader will return to Ohsweken on June 1 when he takes on the best UMP Modified racers in the region; Modifieds of a different variety will be at the track on June 22 when the Race of Champions Dirt 602 Sportsman Modified Series returns to Ohsweken for a third consecutive year.

Dirt Late Models will add yet more variety to the schedule, as the Late Model Open will return for the second year in a row. The Late Models will headline the August 3 event, while the 360 Sprint Cars have the night off to allow teams to travel to the 28th Annual 360 Knoxville Nationals in Knoxville, Iowa.

Ohsweken’s Crate Sprint Cars, Thunder Stocks, and Mini Stocks will also defend home turf this season; the newly-formed Action Sprint Tour will bring the Crate division to five Ontario tracks this season, including Ohsweken stops on May 18, August 3, and September 7.

Following the conclusion of the 4-wheeled racing season at Ohsweken, Flat Track Canada is again renting the track for the final round of their Canadian Championship Race Series on Saturday, September 22. Visit www.FlatTrackCanada.com for more information.

The final event of Ohsweken’s 2018 season will be the Night of Champions awards celebration, which is set for Friday, November 16 at Carmen’s Banquet Centre in Hamilton, Ontario.