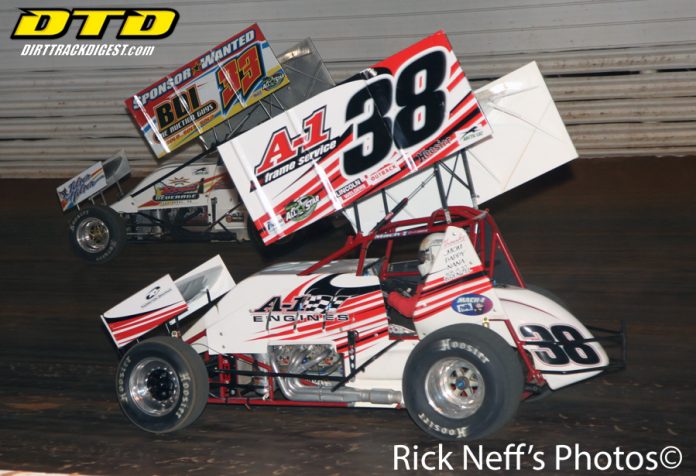 It will be the first show of the season in the area for the 305 sprints and the first of the 2018 Creasy Signs 305 sprint series at the track.

From the time that gates open until 5 pm on April 7, the purchase of a general admission ticket will gain fans free access to the pit area in order to meet and greet the drivers and take photos of their favorites cars and stars.

The oval is fresh off a successful season opener on March 31 when Lance Dewease scored his third career season opener in the 410 sprint car division, notching career win number 107 at the track.

Following the April 7 program, on tap will be the big Keith Kauffman Classic sanctioned by the Arctic Cat All Star Circuit of Champions Sprints on April 14 along with the kickoff of the 2018 Moon Shine Camo Rt. 35 Dirt Late Model Challenge Series.

From now until April 6, a minimum purchase of $50 at the Moon Shine Camo factory store along Rt. 35 in Snyder County automatically enters the purchaser into a raffle to win a pair of free tickets to the April 14 Port Royal racing program.

A deep field of All Stars is expected to invade Port Royal for the Kauffman Classic including Dave Blaney, Jac Haudenschild, Paul McMahan, Parker Price Miller and many others.

The All Stars recently released a roster of 20 drivers that are expected to follow the tour this season.

The Moon Shine Camo Series kickoff is sure to attract all the biggest stars from across the region as the series boosts an increased total event purse payout this season.

Several thousand additional dollars have been pumped into the event purses and series-end point payout for the 2018 version of the six-race series conducted between Port Royal and Selinsgrove Speedways.