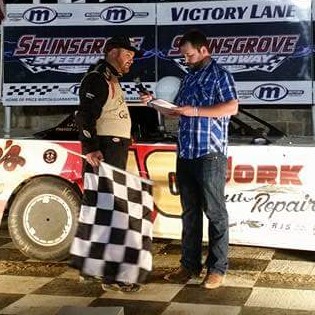 Entering his third season as the voice of Selinsgrove Raceway Park, the one-fifth mile kart track located inside of Selinsgrove’s half-mile oval, Alexander will get the opportunity to call the action on the Superspeedway of Dirt Track Racing this year as well.

At 25 years old, Alexander is no stranger to lending his voice to local broadcasts. Before he graduated from Shikellamy Area High School in 2011, he was behind a microphone and pushing buttons during live radio broadcasts of sporting events. That experience eventually led to radio opportunities doing nights, afternoons, and a morning show.

Alexander also filled in as Inch’s co-host on the popular motorsports radio show “The Inside Lane” on the former ESPN 92.3 in 2014 and 2015.

In September of last year, Alexander joined Sunbury Broadcasting Co. as the midday jockey on 94KX and Program Director.


For the past two seasons, Mike Batz of Lebanon was the speedway’s co-announcer. Batz wanted to focus more of his efforts on his family’s Linda’s Speedway this year.

“Mike did a great job for us the last two seasons and we wish him all the best,” said Inch. “Kyle is excited about his new opportunity at the track where he grew up going to the races.” 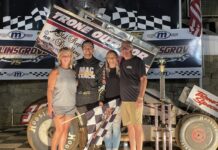 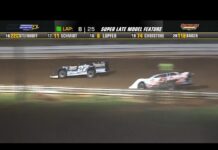