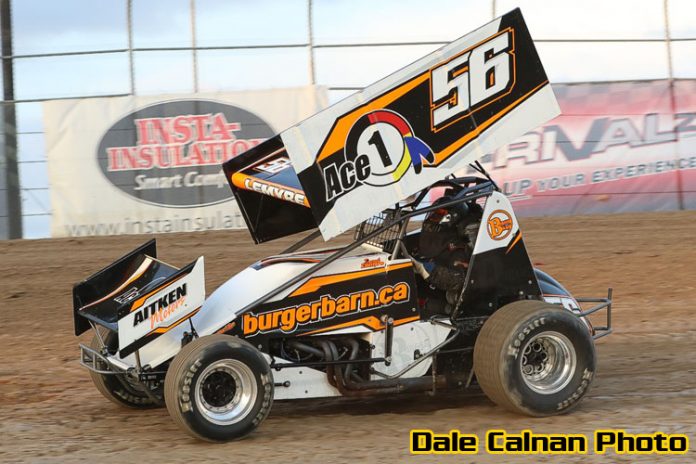 OHSWEKEN, ONT – Ohsweken Speedway is gearing up for another evening of Friday Night Excitement when Burger Barn presents Wall of Fame night in support of the Canadian National Autism Foundation on June 15. Ohsweken Speedway’s Wall of Fame will welcome five new members, including Fred Carleton, Kaith Dempster, Kelly Hallett, and Ken & Cheryl Pelkie. An on-track ceremony will welcome the new members to the Wall of Fame as Ohsweken Speedway celebrates the dedication of several individuals for their contributions to the speedway, and looks forward to the future during the track’s 23nd season of dirt track racing.

June 15 is also the first of three Racer’s Marketplace nights. Drivers and race teams will be setup behind the main grandstand from 6:00pm to 7:00pm with their current merchandise so fans can get t-shirts, hats, hoodies and other apparel from their favourite drivers without having to visit the pit area. The Ohsweken Speedway speed shop will also be open for business. Access to the Racer’s Marketplace is included with grandstand admission.

Volunteers from the Candian National Autism Foundation (CNAF) will be on hand for the Kid’s Race with educational materials to help promote national autism awareness. In addition to raising awareness, the CNAF is committed to raising funds to support Canadian based autism research, funding special needs camps, autism programs and more.

Kool Kidz-Corr/Pak 360 Sprint Cars
After four straight wins to open the season, Dylan Westbrook is cemented at the top of the Kool Kidz-Corr/Pak 360 Sprint Car Standings. The Scotland, Ont. driver now has a 19-point advantage over Cory Turner, who has finished on the podium in each race thus far. Mack DeMan and Ryan Turner sit tied for third in the standings while Jim Huppunen and rookie Mike Thorne are knotted at 266 points for the fifth spot. Steve Lyons and Tyler Hendricks are locked in a battle for seventh while Chris Steele and Jamie Turner round out the top-10 entering the third race of June.

Middleport Mechanical Thunder Stocks
Billy Bleich Jr. is the new point leader in the Middleport Mechanical Thunder Stock division. After two wins and a second-place finish to start the year, Dave Bailey falls into a tie for second with Jim Lampman after a flat tire last week resulted in a 25th-place finish. Bleich’s advantage is 22 points over Bailey and Lampman while Logan Shwedyk jumped to fourth on the strength of his first career victory last week and is just one point back of second. Ken Sargent sits fifth a single marker back of Shwedyk. Through four events, Trevor DeBoer, Mark Bazuin, Ryan Beagle, Jay Liverance and Ryan Dinning occupy top-10 spots.

HRW Automotive Mini Stocks
Nick Masi’s second win of the season last week helped grow his point lead in the HRW Automotive Mini Stock division. Masi now holds an 18-point gap over Sean Iftody. Jonathan Ayrton has been consistently in win contention this year and sits third in the standings, but is just three points up on Dusty DeBoer. Gillian Hils, who has a win under her belt this year, is currently fifth while Matt Nuell, Mike Sarantakos, Brian Crosgrove, Martin Schroeder and Dale Millard round out the current top-10.