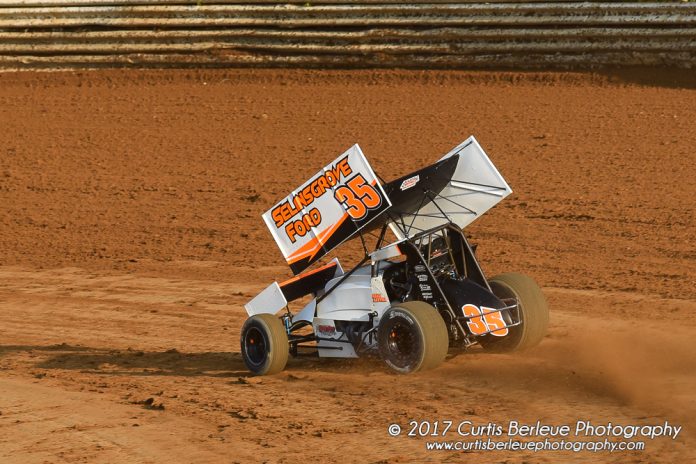 “We thank Brian Scandle at Mach 1 Chassis and NRG Controls North for everything he has done to support 360 sprint car racing and this crown jewel race at Selinsgrove Speedway for the past 10 years,” said track general manager Steve Inch. “Through his generosity the 360 Open will offer another great purse on August 4.”

Pit gates will open at 4 p.m. with grandstand gates at 5 p.m. The rain date, if needed, will be Sunday, Aug. 5, at 7 p.m. 360 sprint car rules for the major sanctioning groups will be permitted for this event.

Joining the 360 sprint cars on the racing program will be the super late models in a 25-lap feature paying $2,000 to win and the pro stocks in a 15-lap main event paying $400 to win. The Eastern Museum of Motor Racing (EMMR) will also have a classic race car display at the track.

Blane Heimbach of Selinsgrove won the 2005 Open and the rain-postponed 2009 edition of the Open that was run in the spring of 2010. Adrian Shaffer of Hallam was the Open champion in 2002, while Nate Snyder of Halifax took the victory in the 2004 race. Phil Walter of McClure took home the trophy in 2006.

Aaron Ott of East Berlin scored the victory in 2014 with Greg Hodnett of Spring Grove adding his name to the list of winners in last year’s 360 Open.