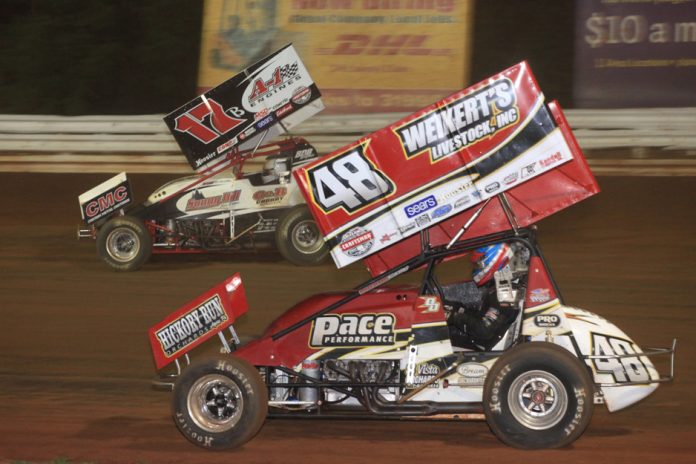 MECHANICSBURG, PA – Sanctioned by the All Stars Circuit of Champions Sprints, this week’s 36th annual Jack Gunn Memorial Twin 20s at Williams Grove Speedway will carry plenty of history in both honoring the former track promoter as well as the format.

Gunn was a Hall of Fame Promoter who heralded the speedway as promoter from 1967 until his untimely death from cancer at the age of 48 in 1980. He began working at the track during the early 1960s.

During his tenure at the helm of Williams Grove Speedway, Gunn rose to prominence on the local and national scene and he took the facility with him.

During his career at Williams Grove, Gunn also promoted with much success at other area tracks such as Penn National and Selinsgrove along with Hagerstown, Md.

Gunn’s mark on both Williams Grove and the region itself was to help raise sprint car racing to a premiere weekly headline division.

And thus, a twin 20s format was introduced to Williams Grove at times over the years including the first set run in 1968 under Gunn’s leadership, taken by Junior Ritchey and Gene Varner.

Twins were run only twice more at the track through 1970 and then it went until 1983 when Texas transplant Van May would sweep a pair.

Rahmer became just the second and most recent driver to sweep a twins program when he pulled off the feat in 1995.

A hiatus for the format after 1998 lasted until 2003 when Greg Hodnett and Keith Kauffman split a pair and then the races were again scheduled yearly until 2016 when they again took some time off.

Before the 2016 break names going on the twins win list included Daryn Pittman and Lucas Wolfe twice along with Logan Schuchart, Brent Marks, Kenny Jacobs, Pat Cannon and others.

The most recent twin 20s were scored by Greg Hodnett and Danny Dietrich in 2015.

After Bobby Allen scored the inaugural Jack Gunn Memorial in 1983, Don Kreitz Jr. went on to become the winningest driver in the prestigious event, ending his career with six victories.

Presented by Union Quarries, the Jack Gunn Memorial Twin 20s will each pay $4,000 to win out of a total per feature purse worth over $20,000 each.